Indian Railways, the largest passenger transportation in the country has been an active participant in the country's fight against the coronavirus. 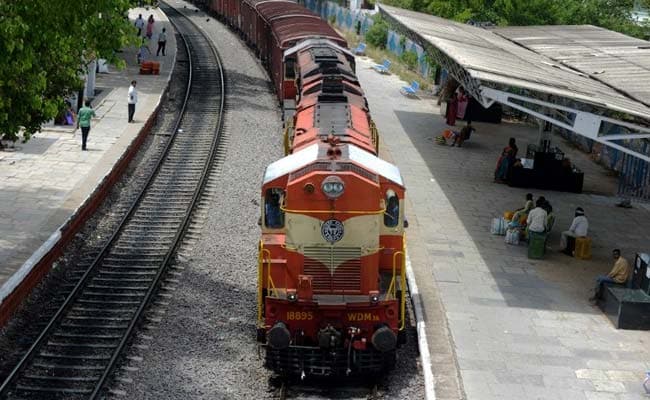 Goods trains continued their run unabated amid the lockdown. (Representational)

To ensure enhanced availability of Public Distribution System (PDS) food grains reach the ration shops all across India in time, Northern Railways has moved a total of 2,218 rakes carrying about 62.47 lakh tonnes (LT) of wheat and rice to 18 deficient states during the period April 1 to June 8.

Indian Railways, the largest passenger transportation in the country has been an active participant in the country's fight against the coronavirus. As the lockdown came into effect in India, all passenger train operations were staled from midnight of March 22, Over 12 thousand mail express, premium and suburban trains stopped running on the rail network.

A situation never encountered in the 167 years of Indian Railways. However, Goods trains continued their run unabated.

Rajiv Chaudhry, General Manager Northern & North Central Railways shared the information that the Task at Hand given to Northern Railway was to maintain a steady supply chain to feed 80 crores NFSA beneficiaries through the continuous evacuation of food grain from the granaries of Punjab and Haryana. The challenge was stiffer on account of demanding working conditions due to the pandemic and consequent lockdown. The availability of wagons, timely dispatch of food grain rakes, arranging staff and keeping them motivated to perform in the tough conditions was an uphill task for the Divisions involved.

As the Lockdown period was further extended, the Government announcement to provide an additional 5 kg food grain per person to NFSA beneficiaries. To meet the demand deficient states were permitted to lift 3 months'' stock from FCI on credit. There was more pressure on the Railways to provide for the enhanced evacuation. This resulted in a sudden increase in loading requirement from average 15 to almost 3.6 times more rakes in a day over Northern Railways. An all-time high record of single day loading of 54 rakes was achieved on 22-04-20.

Since freight movement in covered rakes was being discouraged, managing the adequate supply of empty rakes from across the country and moving them to Punjab and Haryana for loading was an arduous task.

To meet the demand, the flow of covered rakes running in other regions of India were diverted towards North also the maintenance pattern of the wagons was tweaked to increase availability. Meticulous prior planning was being done with Food Corporation of India (FCI) for arranging destinations as per the requirement of states. For loading and off-loading, a constant coordination for terminal release and labour availability with the local administration and at apex level with MHA was being done by Northern Railways.

More than 47.06 LT of Rice and 15.4 LT of wheat were sent to the receiving states from Punjab and Haryana. This is 206 per cent higher than the loading of food grains done over NR in the same period last year.

With this, the zonal Railway has achieved the distinction of carrying out almost 50 per cent of the total loading of food grain by Railways in the country during the lockdown period.

The General Manager also added that special long-distance goods and timetabled Parcel Cargo express trains will continue to run from different regions of North India to maintain the supply of food grains, items of daily use, essential medicines and equipment all across India reaching out to the most remote places.