"The interaction was aimed at ensuring peace and tranquility in Jammu and Kashmir, " the army said. 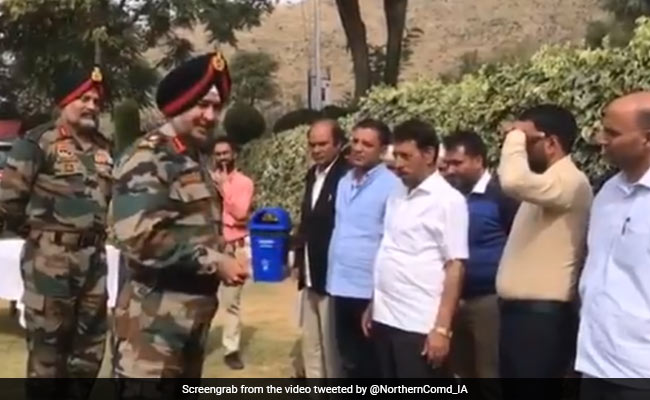 Northern Army commander Lt Gen Ranbir Singh has reached out to the locals in south Kashmir, considered to be the hotbed of terrorism, with a message that the army and the government are working towards restoring peace in the region.

During interaction with some community leaders, the army commander sought suggestions from the people on how the lives of young people in the valley can be made better.

The meeting comes at a time when normal life across Kashmir continues to remain disrupted since the scrapping of the special status to Jammu and Kashmir and its bifurcation into two Union Territories -- Jammu and Kashmir, and Ladakh -- on August 5.

A short video clip of the interaction was shared on Saturday by Udhampur-based defence PRO Lt Col Abhinav Navneet.

"Wherever we go, we try to convey this message to all and I want to request you to carry this message forward that we want peace and development of this region. We want the boys and girls to get better education and good jobs... we want a bright future for them," Lt Gen Singh was heard telling the community leaders.

"We are working in this direction and so is the government. If you have any suggestions, we are ready to act upon those suggestions," the commander said.

The army has launched a massive mission reach out initiative in Jammu region post revocation of the provisions of Article 370 to assist the local administration in maintaining peace and harmony.

"The interaction was aimed at ensuring peace and tranquility in the region and spreading awareness amongst the locals about the role of army in nation building and welfare activities," he said.