No Talks For Alliance With BJP: INLD Haryana Chief

INLD Haryana Chief Ashok Arora insisted no talks on stitching an alliance were going on between the two parties. 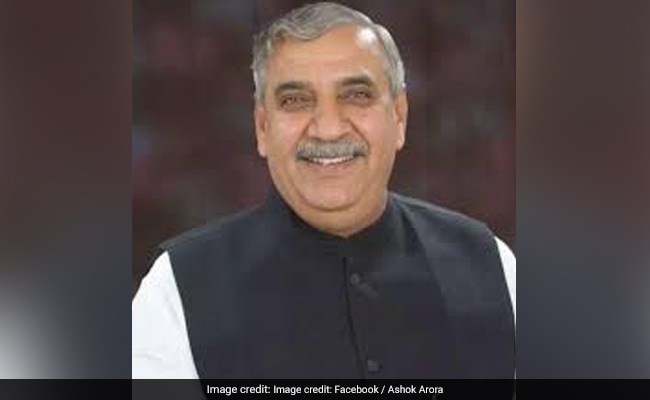 The INLD had earlier said it will announce its candidates by April 16.

The Indian National Lok Dal today said the party was not in talks with the ruling BJP for an alliance for Lok Sabha polls, seeking to put at rest speculation that arose after party leader Abhay Singh Chautala met Chief Minister Manohar Lal Khattar.

INLD Haryana Chief Ashok Arora insisted no talks on stitching an alliance were going on between the two parties.

"The BJP has already declared its eight candidates and we will announce our candidates soon," Mr Arora told PTI.

Barring Hisar and Rohtak seats, the BJP last week announced its candidates for the remaining eight seats from Haryana, where polling will be held on May 12.

The INLD had earlier said it will announce its candidates by April 16.

Mr Chautala had met Mr Khattar over breakfast in Delhi on Monday where Arora too was present.

Asked about their meeting with Mr Khattar, Mr Arora said, "There was nothing political about this meet. One can meet for some other things too and there is nothing wrong in that".

In 2014, the INLD had won two Lok Sabha seats of Hisar and Sirsa, BJP seven out of eight it contested while Congress had won the Rohtak seat.

The INLD was erstwhile partner of the BJP and the two parties ran a coalition government led by former chief minister Om Prakash Chautala (1999-2004). However, later the alliance ended due to differences.

Seen as a major challenger to the ruling BJP until six months back, INLD has been going through rough times ever since the party split.

The INLD has been stung by desertions following a vertical split and suffered a bypoll defeat when it failed to hold on to the Jind seat.

Two of party's sitting MLAs Ranbir Gangwa and Kehar Singh joined the BJP recently and Abhay Chautala was removed as Leader of Opposition as the party's strength came down to 15 MLAs in the 90 member House, lesser than Congress'' 17 MLAs.

A few of the INLD's former legislators have also switched over to the saffron outfit ahead of Lok Sabha polls.

Four INLD MLAs have already switched sides and announced their support to the fledgling Jannayak Janata Party (JJP), which was formed after the split in the INLD last year.

The INLD, founded by late deputy prime minister Devi Lal and headed by former chief minister Om Prakash Chautala, has been out of power in Haryana for over 14 years now.