"No Special Arrangements" As PM Heads To School For Cleanliness Drive

The no-frills-security drive was a big surprise for traffic policemen. 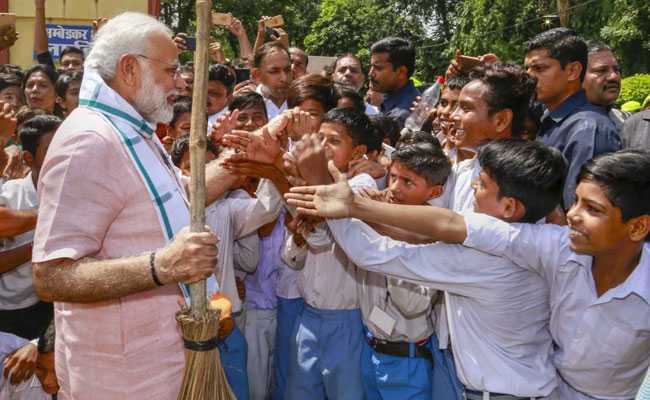 Prime Minister Narendra Modi on Saturday traveled in usual Delhi traffic, without the customary protocol, and participated in a cleanliness drive at a school, volunteering for service.

"The Prime Minister travelled to, and from the school, in normal traffic, and without customary protocol. No special traffic arrangements were made for his visit," a statement said.

The no-frills-security drive was a big surprise. "We were not briefed about the Prime Minister's visit. The traffic plied normal and there was no special arrangement," said a traffic police officer.

The Prime Minister then traveled to the Babasaheb Ambedkar Higher Secondary School at the busy Rani Jhansi Road in central Delhi.

He offered floral tributes to BR Ambedkar and participated in the cleanliness drive. He also interacted with the students and encouraged them to adopt cleanliness.