Apple on Saturday said it has placed Wistron on probation and the company will not receive any new business from it before they complete corrective actions. 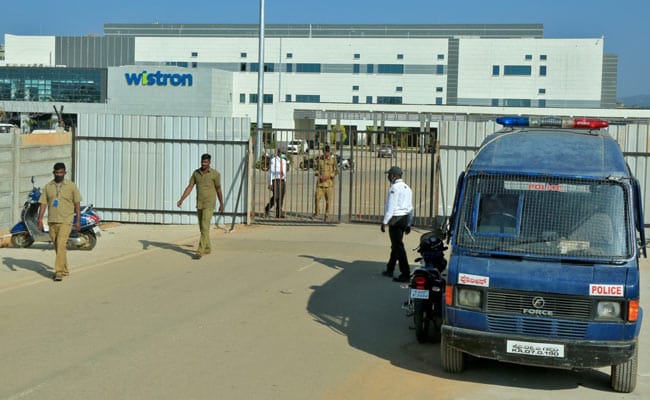 Taiwanese contract manufacturer for Apple Inc., Wistron Corp. has said that the recent violence at its facility in Karnataka will not cause significant impact to the company.

Workers at the Wistron's iPhone manufacturing plant at Narsapura in Kolar district, had gone on the rampage on December 12 over the alleged delay in payment of salary and overtime wages.

"Regarding the event at our Narsapura facility in India, the investigation which includes collaboration with related government authorities is ongoing, as well as related insurance claims. The company will work with our customer in terms of correcting issues and operation recovery," the firm has informed the Taiwan Stock Exchange.

"As the Narsapura facility is a new operation and the shipment quantity is still small, the incident will not cause significant impact to Wistron," it said.

Regarding the iPhone maker Apple placing the firm on probation, it said, based on company's policies, Wistron will not have any comments on the business arrangements with customers.

Apple on Saturday said it has placed Wistron on probation and the company will not receive any new business from it before they complete corrective actions, citing its preliminary findings that indicate violations of Supplier Code of Conduct by failing to implement proper working hour management processes.

Wistron too on its part on Saturday said that it had sacked its Vice President overseeing its business in India, as it admitted that some workers were not paid correctly or on time, and offered an apology. Wistron last week informed the Taiwan Stock Exchange that the violence at the facility at Narsapura did not cause any material damage to major manufacturing equipment and warehouses.

It put preliminary damage estimates in the range of New Taiwan Dollar 100 to 200 million, which is about Rs 52 crore, while earlier reports, quoting the complaint by company officials to the local police station, had put the estimate at about Rs 437 crore.