As the driver was poor, the police said the lowest amount of challan was imposed on him. 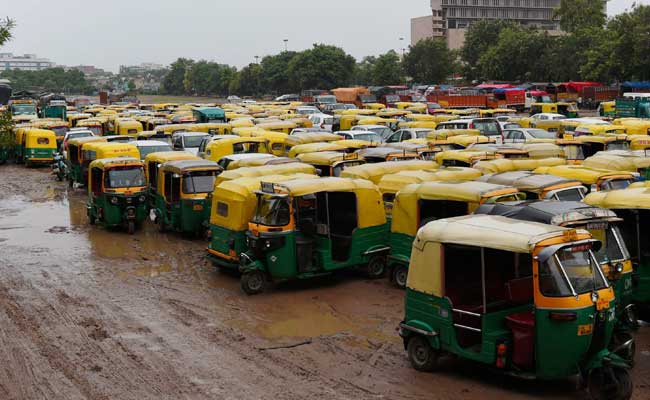 Under the new Motor Vehicles Act, amended by the Centre, hefty fines are being imposed on violators.

Now, driving an auto-rickshaw without a seat-belt could also end up costing the driver a 1,000 bucks, even though the vehicle does not come with a seat belt installed.

Under a traffic law, Motor Vehicles Act, amended by the Centre earlier this year, hefty fines are being imposed on violators. Under the new rules, the fine for driving without a seat-belt has been increased 10 times from Rs 100 to Rs 1000. Using cellphones while driving can attract a fine between Rs 1,000-5,000 - up from Rs 1,000.

On Saturday, an auto-rickshaw driver in Saraiya, Muzaffarpur, in Bihar was asked to pay a fine for violating traffic rules. However, as the driver was poor, the police said the lowest amount of challan was imposed on him. The minimum challan limit is Rs 1,000 which is imposed for not wearing a seat belt.

"The auto driver was asked to pay a minimum challan, which was, for not wearing a seat belt as he was an extremely poor man. So, he was asked to pay Rs 1,000 only. In order to impose the minimum penalty amount, he was imposed with the lowest challan amount. This was a mistake but it was done just to impose a minimum penalty on the driver," said Ajay Kumar Station House Officer of Saraiya.

The Ministry of Road Transport and Highways had notified the provisions of the Motor Vehicles Amendment Act 2019 last month and it was implemented in many states from September 1.