Senior Deputy Election Commissioner said the PM is exempted from the provision that bars ministers from combining official visits with campaigning. 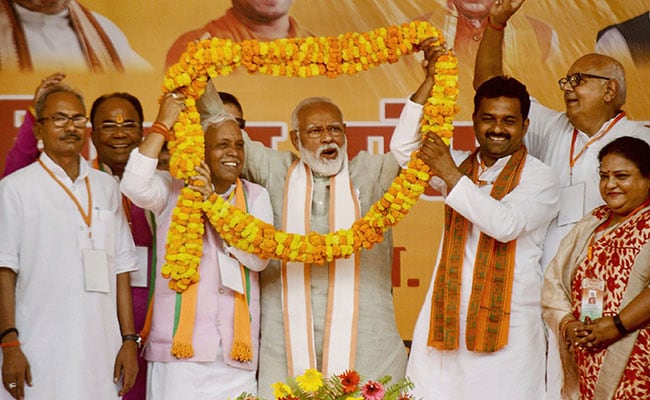 The Election Commission has found no violation of the poll code in Niti Aayog sharing data with the prime minister's office on places where Prime Minister Narendra Modi was set to campaign for the Lok Sabha elections.

Senior Deputy Election Commissioner Sandeep Saxena said the commission has disposed off the complaint as the prime minister is exempted from the provision that bars ministers from combining official visits with campaigning.

The exemption to the prime minister was given in October, 2014.

"It was not a one time exemption but a standing instruction," Mr Saxena said.

Sources said the Niti Aayog had not shared any political data but district-level data with the prime minister's office (PMO).

The Election Commission had written to Niti Aayog CEO Amitabh Kant on May 4 flagging the allegations made by the Congress and the AAP.

Asking Mr Kant to furnish the reply "immediately", the EC had referred to the allegations that the Niti Aayog has asked officers in various states and Union territories to provide to the PMO write ups about destinations of the prime minister's campaign.

The EC also responded to a question on the Congress's fresh complaint against information allegedly sought by an officer of the Department for Promotion of Industry and Internal Trade from the Commerce Ministry on Start Up India, claiming that it was meant to be used for the BJP's manifesto.

Mr Saxena said the ministry has been asked to respond.