No Merger With Chirag Paswan Until He Publicly Apologises: Pashupati Paras

Talking to reporters here, Mr Paras said, "Chirag Paswan may have returned to the NDA, but it does not mean that I have forgiven him". 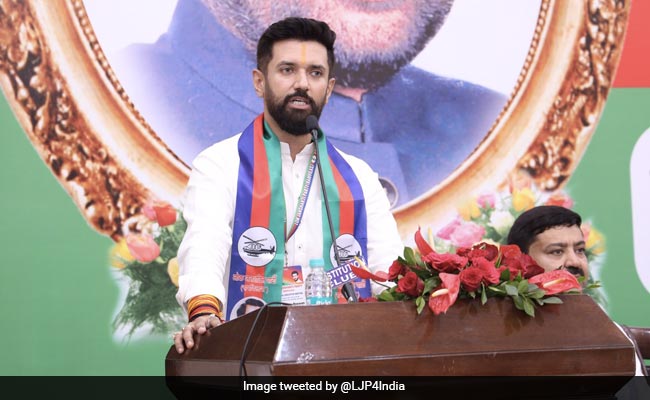 The RLJP has five members in the Lok Sabha from Bihar.

Union Minister and President of Rashtriya Lok Janshakti Party (RLJP) Pashupati Kumar Paras on Monday ruled out the possibility of merging his party with his estranged nephew Chirag Paswan's Lok Janshakti Party (Ramvilas) till the latter publicly apologises for fighting the 2020 elections alone.

Talking to reporters here, Mr Paras said, "Chirag Paswan may have returned to the NDA, but it does not mean that I have forgiven him. There is no question of coming together with Chirag until he apologises publicly for what he did in 2020. His decision to fight elections alone, despite our advice against doing so, was wrong".

Since everything is possible in politics, I can think of a reunion (of both parties) only if he tenders an apology publicly, clarified Mr Paras, Union Minister for Food Processing, and younger brother of late Dalit leader Ram Vilas Paswan.

He further claimed that Chirag Paswan had returned to the NDA only after the BJP took permission from him.

"BJP leader Nityanand Rai had spoken to me regarding taking back Chirag into the NDA. It was only after my approval that Chirag campaigned for the BJP in Mokama and Gopalganj by-elections", Mr Paras said.

The RLJP has five members in the Lok Sabha from Bihar. The erstwhile LJP had won six seats in the 2019 Lok Sabha election in Bihar. But after a split in the LJP, five MPs went with Mr Paras-led RLJP, while Ram Vilas Paswan's only son Chirag Paswan remained the lone MP of the LJP (Ram Vilas).