The 10 Indonesians and 10 Kyrgyz nationals were let off on Monday due to a lack of evidence. 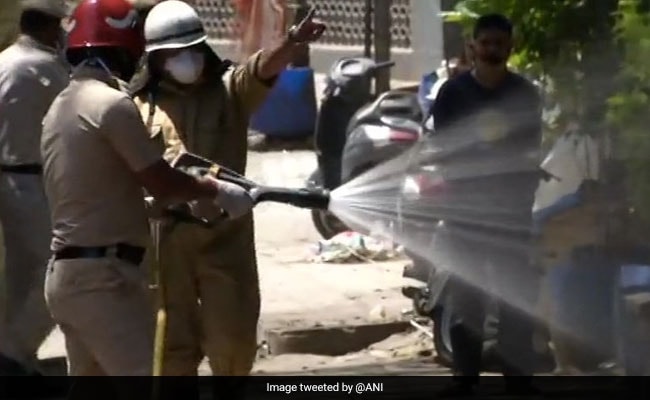 There is no iota of proof against the 20 accused, said the court.

A Mumbai court has acquitted 20 foreign nationals who had attended a Tabhlighi Jamaat gathering in Delhi in March and were booked earlier this year for defying various COVID-19 prohibitory orders. The 10 Indonesians and 10 Kyrgyztanis were let off on Monday due to a lack of evidence.

The Mumbai magistrate court's order said the witnesses presented by the prosecution were not found to be in a position incriminate the accused. "Thus, there is no iota of evidence with the prosecution to show any contravention of orders by accused persons beyond all shadow of doubt," the ruling said.

The foreign nationals are members of Tabhlighi Jamaat, a global Islamic evangelical movement of Indian origin. They, along with hundreds of others, had attended the religious meet in Delhi's Hazrat Nizamuddin locality earlier this year.

The police alleged that they had come to Mumbai after the meet and not disclosed their participation, thereby violating the nationwide lock down put in place by the Central government in the wake of the COVID-19 pandemic.

On April 5, cases were filed against the 20. They were booked under various laws of the Indian Penal Code, besides those under the Epidemic Diseases Act, National Disaster Act, Foreign Act, and the Bombay Police Act. Eventually the other charges were dropped and they were tried only for allegedly violating the Bombay Police Act.

The Mumbai court, however, said, "During the imposition of lockdown, their ultimate shelter in a mosque or nearby will not render them responsible for such contravention."

Scores of such Tablighi Jamaat members were booked across the country since the Nizamuddin event which itself came to be dubbed a "super spreader" event in sections of the media.

Earlier this year, the Aurangabad bench of the Bombay High Court called out the targeting of the attendees, calling it propaganda.

"Smart Move" By India To Move Out Of RCEP Trade Pact: Australian Envoy