BRICS Goa Declaration Mentions Terror But Not Jaish Or Lashkar 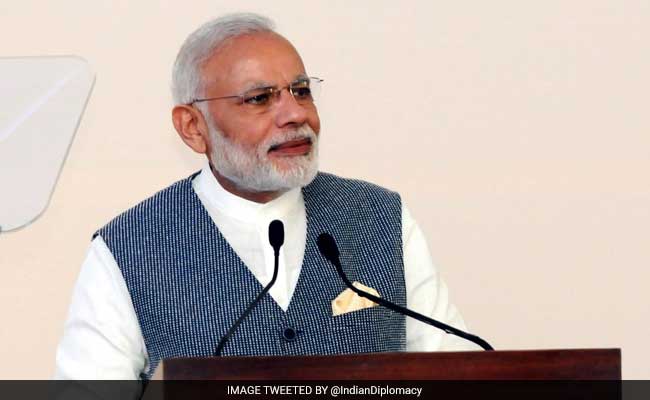 PM Modi told BRICS leaders in Goa that 'the mothership of terrorism is in India's neighbourhood'.

Goa: Prime Minister Narendra Modi told BRICS leaders in Goa on Sunday that "the mothership of terrorism is in India's neighbourhood" and posed a major threat to BRICS goals of development and economic growth. In spite of his saying that those who shelter terrorists are as much a threat themselves, the Goa Declaration adopted by five member states didn't reflect specific Indian concerns raised at the restricted session and the plenary.

The Declaration urged the dismantling of terror bases and said nations should adopt a comprehensive approach that includes tackling radicalisation, recruitment, cutting off terror funding systems and address terrorism on the internet and social media.

Secretary Amar Sinha, who addressed the media at the end of the BRICS summit, said the document "focused on concepts". He said while they "could not get a consensus on including Pakistan-based groups" like the Lashkar-e Taiba and Jaish-e Mohammed because that would have been too specific to India and Pakistan (even though China has considered Lashkar a threat in the past), the declaration did mention the need to counter internationally designated terror organisations and officials were "quite happy with it". The document did however mention ISIS, Al Qaeda and Jubhat ul Nusra.

In his speech at the plenary session, China's President Xi Jinping had called for "political solutions to regional hotspots" in a reference to the need for dialogue between India and Pakistan.

The Goa declaration calls for a "holistic approach" and says all counter-terrorism measures should "uphold international law and respect human rights".

China's ambivalence on pointing fingers at Pakistan for the Uri attacks or other incidents of cross-border terrorism in India continues to be a thorn in the relationship between Delhi and Beijing. But PM Modi warned BRICS members that a selective approach towards terrorism will be counterproductive.

India has been aggressive in its diplomatic efforts to win unanimous global support to isolate Pakistan as a state sponsor of terror at every international forum, especially since the Uri attacks in September.

From the BRICS summit of leaders from Brazil, Russia, India, China and South Africa, the Prime Minister's outreach on this went regional.

In Goa, at a meeting of BIMSTEC leaders - from Bangladesh, Bhutan, Myanmar, the Maldives, Nepal, Sri Lanka and Thailand - the Prime Minister said in South Asia and BIMSTEC, "all nation states, barring one" are motivated to pursue a path of peace, development and economic prosperity. Only one country in the region "embraces the darkness of terrorism," he said.