"You May Call Me Pappu, I Don't Hate You": Rahul Gandhi Hug Startles PM

"You may call me Pappu, but I don't hate you," Rahul Gandhi said, looking directly at Prime Minister Narendra Modi and then walking across to embrace him. It may not have been the "earthquake" he had promised once, but the Congress president's jaw-dropping gesture during the no-confidence motion debate in parliament came close to it, many lawmakers said. Speaker Sumitra Mahajan, disapproved and admonished Rahul Gandhi.

In his sharpest attack on the Prime Minister, on subjects ranging from the Rafale deal to GST (Goods and Services Tax), demonetisation and foreign policy, Rahul Gandhi had said repeatedly: "You can't look me in the eye." The PM, sitting directly across, smiled. Then came the twist.

"You can abuse me, you can call me Pappu, but I don't have a speck of hatred against you. I will take out this hatred out of you and turn it into love. I am the Congress," said Mr Gandhi, making an astonishing reference to the pejorative rivals use for him.

He left his seat, strode across the floor and wrapped his arms awkwardly around the prime minister, who looked startled. Known for his bear-hugs for world leaders, PM Modi froze in his seat. 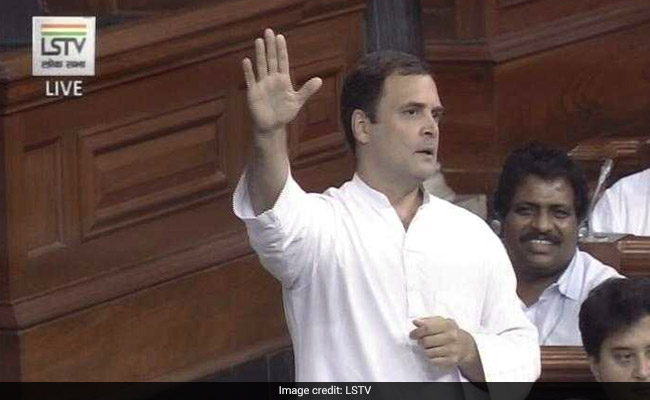 As the Congress chief started walking away, the PM recovered and grabbed his sleeve. He was seen saying something into Mr Gandhi's ear and patting him.

Back in his seat, the 47-year-old was seen winking at fellow Congress MPs. Perhaps not the best idea just after a "spontaneous" gesture.

It was all a stunt, many instantly said.

"There is some decorum of the house. (PM Modi) was sitting in the prime minister's seat. I did not like it," responded the Speaker, who had been seen grinning throughout the Rahul Gandhi-PM Modi insta moment. "Such conduct is against the rules of the House," she said.

Sonia Gandhi told NDTV she was "very happy" with son Rahul's performance and "I am happy the media is changing too."

Lawmakers across the house cheered and thumped their desks wildly.

What an astonishing performance by @RahulGandhi. It was a game-changing speech, tearing apart the Govt 's claims & ending with that unscripted hug that has literally taken the BJP's breath away #BhukampAaGaya 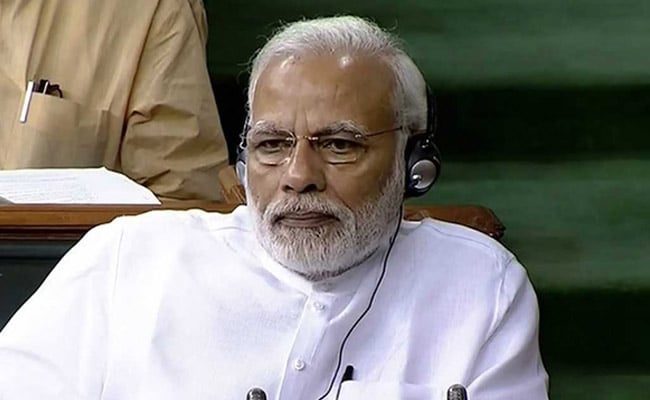 "What an astonishing performance by Rahul Gandhi.  It was a game-changing speech, tearing apart the Govt 's claims & ending with that unscripted hug that has literally taken the BJP's breath away."

The hug takes its place in the montage that will be played in the run up to a series of state elections this year and the 2019 national polls. Friday's debate was widely seen as the launch-pad for the government and opposition campaigns for the polls.