''I Am Not Required There'', Says Nitish Kumar On Jharkhand Poll Campaign 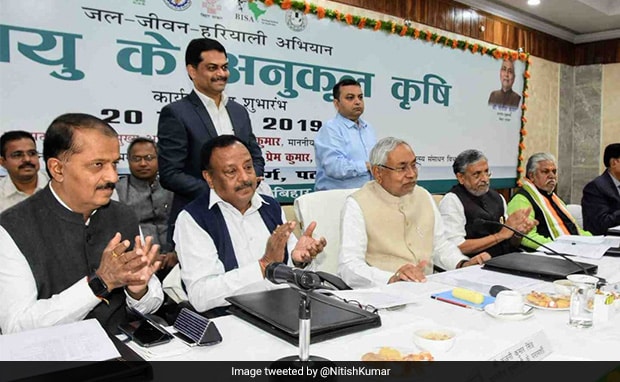 Bihar Chief Minister Nitish Kumar on Wednesday hinted that he may skip campaigning in assembly elections in Jharkhand where his party JD(U) is fighting alone.

Asked whether he would go for poll campaign in Jharkhand, Mr Kumar gave a terse reply "I am not required there (Wahan meri jarurat nahi hain)".

He was replying to reporters queries on the sidelines of inaugural function of "Jalwayu Ke Anukul Krishi" (climate friendly farming) programme.

The JD(U) has so far announced names of 25 candidates for polls in the neighbouring state.

Nitish Kumar-led party which is running a coalition government with the BJP in Bihar, had on Tuesday pledged support to former Jharkhand minister Saryu Roy, who is contesting as an Independent candidate against Chief Minister Raghubar Das from Jamshedpur (East) constituency.

It was speculated that Mr Kumar might convass for Mr Roy, his long-time friend.

Mr Kumar's close associate Rajiv Ranjan Singh, when asked on Tuesday in Ranchi whether the CM will campaign for Roy, had said "If Roy requests."

The 81-member Jharkhand assembly is going for polls in five phases between November 30 and December 20 with counting taking place on December 23.