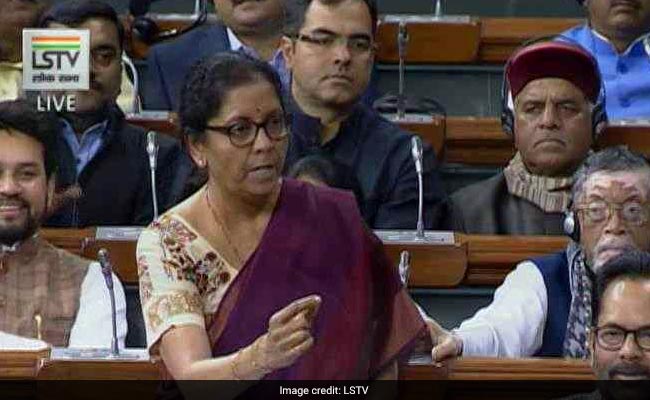 Nirmala Sitharaman said that the 36th Rafale will be delivered by 2022.

India will get its first Rafale fighter aircraft from France in September, Defence Minister Nirmala Sitharaman told the parliament today, adding that timely purchase of ammunition is a priority for the country. "National security is important, no matter who is in power. We cannot run away from facts," she said.

The defence minister was answering questions in the parliament on the controversial Rafale fighter jet deal between India and Rafale manufacturer Dassault.

The minister said in the new deal, the delivery of the 36 aircraft has been advanced by five months. "The inter-government agreement was signed in September 2016, and the first aircraft will be delivered in September 2019 and the last in 2022," said Ms Sitharaman during a debate in Lok Sabha on the Rs 58,000 crore Rafale deal for 36 aircraft.

After accusing the Congress-led government of creating a "deadlock" in the deal because "it didn't get the money". "By 2014, you couldn't even get these 18 aircraft. Why? There wasn't a deal? Today you get up to say what sense of urgency?"

She continued her attack saying that the Congress is only shedding crocodile tears on the state-run Hindustan Aeronautics Limited (HAL) not getting the offset contract. "The UPA government did nothing to scale up the capacity of the state-run firm. Whereas the BJP-led NDA government gave Rs one lakh crore worth of contracts to HAL," she said.