Nirmala Sitharaman had said millennials preferring app-based cabs like Ola and Uber was one of the reasons behind the auto sector crisis. 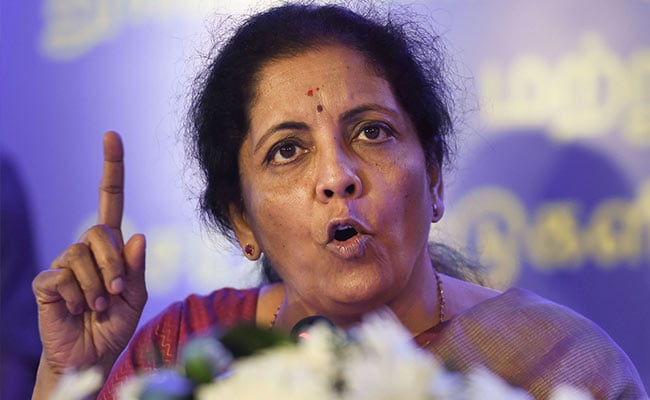 Ms Sitharaman on Tuesday said millennials choosing app-based cab aggregators over committing money to EMIs for new cars had affected the auto sector, which has seen double-digit fall in sales for both two and four-wheeler manufacturers, as well as a 70 per cent drop for truck makers Ashok Leyland.

The minister said the centre was actively working to solve the crisis in the automobile sector, which has seen the loss of lakhs of jobs, and was "constantly interacting with different segments" to resolve the issue.

"Automobile sector, in particular, has been affected by several things. These include BS6 (Bharat Stage 6) movement, the registration fee issue that has been deferred till June and the mindset of millennials, who are now preferring not to commit EMIs to buying automobiles but prefer to use Ola or Uber or take the metro," Ms Sitharaman said.

The comment soon triggered a wave of unsparing criticism.

Millennials are the new Nehru... https://t.co/Gzx5e4BUi8

Today, as the controversy snowballed, #BoycottMillennials trended on Twitter.

I told the poor sod - u keep watching American TV & that's why the dollar is getting expensive.

Did my bit for the nation today. #BoycottMillennials

Wedding planners are out of work as millennials prefer live ins..😅#BoycottMillennials

The automobile sector, which employs more than three crore people, is reeling from one of the worst slowdowns of the past two decades.
Hero MotoCorp, India's largest two-wheeler manufacturer, reported a 20 per cent drop in sales last month. Maruti Suzuki suffered a 34 per cent reduction in sales for the same period. Sales of trucks and tractors have also been badly hit, with Ashok Leyland reporting a massive 70 per cent drop and M&M a 15 per cent drop.

Last month, in an effort to help boost sales, Ms Sitharaman announced a number of measures, including ordering government departments to buy new cars to replace old ones; there had previously been a ban on purchase of new cars.

She also deferred, till June 2020, a hike in vehicle registration fee, and clarified that BS IV vehicles purchased up to March 31, 2020, would be allowed to run despite the government introducing the stricter BS VI norms.