The charge sheet was filed in a special court against Mohammed Mahaboob Baig alias Azhar Baig, 26, and 27-year-old Syed Imran, both residents of Karnataka, under different sections of the Indian Penal Code, an NIA statement said. 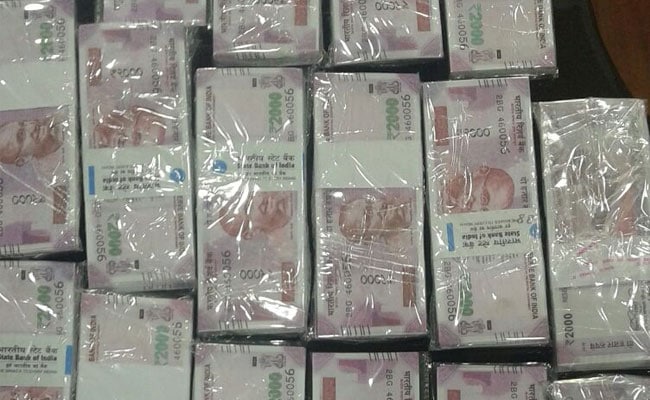 DRI had seized fake Indian currency notes all in the denomination of Rs 2,000. (Representational)

The charge sheet was filed in a special court against Mohammed Mahaboob Baig alias Azhar Baig, 26, and 27-year-old Syed Imran, both residents of Karnataka, under different sections of the Indian Penal Code, an NIA statement said.

The agency had registered a case in this regard in April this year.

Initially, the Directorate of Revenue Intelligence (DRI) had seized fake Indian currency notes having a face value of Rs 10.2 lakh, all in the denomination of Rs 2,000, on March 31 from the possession of the duo at Visakhapatnam railway station when they were travelling in Howrah-Hyderabad East Coast Express.

Both the accused were arrested the next day.

"During the investigation, it was found that the arrested accused, along with their associates, had hatched a criminal conspiracy for procuring and circulating fake Indian currency notes in India," the NIA said.

They allegedly procured the fake currency notes from their associates in Malda, West Bengal and were trafficking the same to Bengaluru for circulation in Karnataka, it said.

The agency said during the probe, it was found that Imran was involved in a case of abduction of a woman for ransom and was arrested by the Bengaluru Police. He had earlier been lodged in the Bengaluru central jail.

The investigation also revealed that the two accused and their associates in Bengaluru and Malda were active in the procurement and circulation of fake currency notes since 2015, the statement said.

"The accused persons, along with their associates, on many occasions have smuggled fake Indian currency notes (FICN) from Bangladesh to Malda on the Indo-Bangla border and from Malda trafficked the FICN through their couriers to Bengaluru and other parts of the country for further circulation of the FICN," the NIA said

The proceeds from the circulation of FICN were deposited in the bank accounts of the two accused and their associates based at Malda, it said.

The names of members of the inter-state gang and their associates from Malda and Bengaluru came to light and further probe against them was under progress, the agency said.