Newborn, Senior Citizen Die As Ambulances Get Held Up In Dalit Protests

Five states of north India witnessed violence on Monday after Dalit groups tried to enforce Bharat Bandh. Nine people died -- six of them in Madhya Pradesh, which saw the most violence, two in Uttar Pradesh and one in Rajasthan. 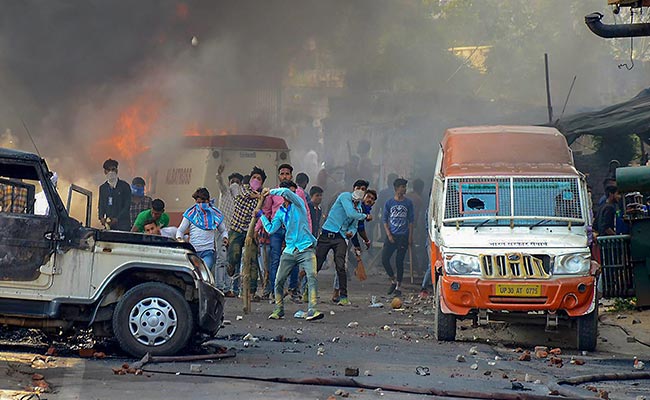 Patna: A critically ill newborn died in Bihar's Vaishali district after his ambulance got caught in a traffic jam during Monday's Bharat Bandh called by Dalit groups.  Five states of north India had witnessed violence after protesters tried to enforce the strike. Nine people had died -- six of them in Madhya Pradesh, which saw the most violence, two in Uttar Pradesh and one in Rajasthan.

The baby's death was the first bandh-related fatality reported from Bihar. The state has seen vocal protests, roads and railway tracks have been blocked and shops shut, but by and large, there was no violence.

Reporters said the baby was born at a health centre in Mahnar, an area around 52 km from Patna, but after his health deteriorated, he was being taken to a bigger hospital in Hajipur. But the ambulance was stopped several times by protesters -- with people rapping on it with sticks to discourage the driver.

The 35-km journey, which should have taken less than an hour, took over 2.5 hours.

When the baby reached the hospital, the doctors declared him dead.

A similar death took place in Bijnor, Uttar Pradesh, where a 68-year-old man died after the ambulance carrying him got stuck in a jam barely a kilometer away.

Promoted
Listen to the latest songs, only on JioSaavn.com
The man's son finally lifted him on shoulders and ran towards hospital, but he did not reach on time. The doctors declared him dead on arrival, reported news agency ANI.

Yesterday, a man died in clashes in Muzaffarnagar. Another person died in Meerut, which saw widespread arson and clashes. Across the state, 75 people, including 40 policemen, were injured.