The 49th CJI, UU Lalit, is no stranger to big cases, be it as a judge, or as a lawyer before being elevated to the bench in August 2014 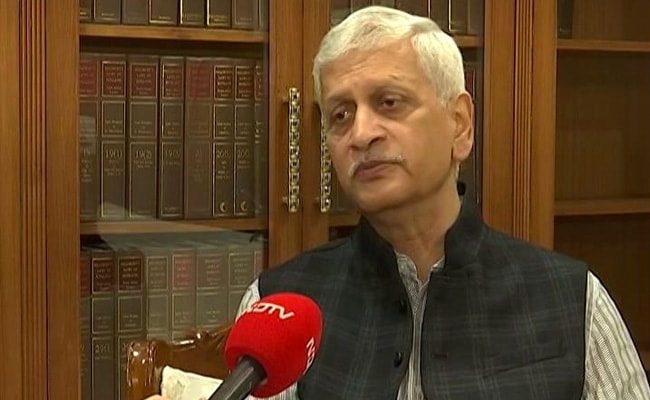 Justice UU Lalit has a century of family legacy in the legal profession. (File Photo)

The new Chief Justice of India, UU Lalit, will have a short tenure of just about two months and a half, but the Supreme Court under him inherits some of the most far-reaching cases, seeking answers to key constitutional questions.

From the abrogation of Article 370 in Jammu and Kashmir, to religion as criterion for citizenship, to reservation on economic basis, to the secret electoral bonds that fund political parties — there's a long list of such pending cases, some of them being carried forward through several CJIs' tenures, not just of his immediate predecessor NV Ramana.

Justice Ramana said in a farewell speech, "Listing and posting of matters is one of the areas on which I could not pay requisite attention. I am sorry for that."

And new CJI Lalit is mindful of that. "I have always believed the role of the Supreme Court is to lay down law with clarity, consistency," he said today. "The best possible way to do it is to have larger benches as early as possible.... so that the issues get clarified immediately."

The number of constitutional matters before the court is around 50 at present.

Justice NV Ramana, who had 16 months in the highest judicial chair — in all, he served eight years as a Supreme Court judge — was often praised for criticised for making pertinent points in his speeches but questions were asked about the pending matters.

Near the end of his tenure, the Supreme Court on Wednesday notified that 25 constitutional matters will be listed before the relevant benches from August 29, two days after Justice Lalit takes over.

As the 49th CJI, Justice Lalit may draw upon a century of family legacy in the legal profession. His grandfather was lawyer in Solapur, Maharashtra. His father, Umesh Ranganath Lalit, who is now 90 years old, was a lawyer who later served as high court judge. He will be present at the oath ceremony, as will be Justice UU Lalit's wife and two sons, one of whom is a lawyer too.

In fact, he is only the second person to reach the top of the Indian judiciary after direct elevation to the Supreme Court from the Bar. Justice SM Sikri was the first such person — elevated to Supreme Court judgeship in 1964, becoming CJI in 1971.

Among the landmark verdicts that Justice Lalit has been part of, is one that held divorce through instant "triple talaq" among Muslims illegal and unconstitutional.

In another significant judgement, a bench headed by Justice Lalit had ruled that touching sexual parts of a child's body — or any act involving physical contact with "sexual intent" — amounts to sexual assault.

He was also on a bench hearing the Ram Janmabhoomi-Babri Masjid land title dispute, but recused himself in 2019. He wasn't required to, and did not, give a reason why. However, a lawyer for the Muslim side had told the bench that UU Lalit was a lawyer for former UP chief minister Kalyan Singh in a related matter back in 1997.

As a lawyer, he served as Special Public Prosecutor in the CBI case over 2G spectrum allocation.

His CJI tenure ends when he turns 65, on November 8.

Justice DY Chandrachud is next in the seniority line to take over from him, for a term of about two years.