New Chief Justice UU Lalit: 3 Generations To Be At Ceremony, A Century Of Family Legacy

Justice Lalit's 90-year-old father, who was a high court judge, will be among audience 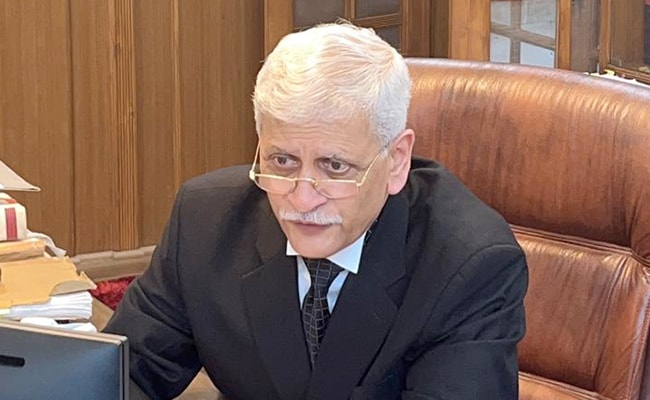 As the 49th Chief Justice of India, Uday Umesh Lalit will have no dearth of challenges — from key constitutional questions to appointment of judges — but he will have a century of personal legacy, too, to draw upon.

The Lalit family from Maharashtra has 102 years and counting. His grandfather, Ranganath Lalit, was a lawyer in Solapur much before India's independence. On Saturday, when Justice UU Lalit takes oath as CJI, three generations of his family will be present.

His 90-year-old father, Umesh Ranganath Lalit, will be there. The veteran served as a high court judge after a long career as an advocate in his home state.

Also present will be Justice Lalit's wife Amita Lalit, who runs a school in Noida, and their two sons, Harshad and Shreeyash. While both of the sons studied engineering, Shreeyash Lalit later turned to law. His wife Raveena is a lawyer too. Harshad Lalit works as researcher and lives in the US with wife Radhika.

Such a family legacy did not spell immediate success for UU Lalit. When he first came to Delhi in the 1980s — having shifted his practice from the Bombay High Court — he lived in a two-room flat in Mayur Vihar, working-class neighbourhood.

Criminal cases soon became his forte, and he rose to be a designated Senior Advocate in the Supreme Court.

One of the high-profile cases he appeared in were the 2G spectrum allocation case, in which the court appointed him as Special Public Prosecutor.

In August 2014, he was made Supreme Court judge directly from a lawyer. He is only the second such judge to become CJI.

His tenure, though, will be rather short, at just 74 days.

Besides matters on the bench, he will head the collegium that appoints judges across the country.