Sharing pictures on Twitter of him taking charge, SN Pradhan wrote, "Hope to do my bit towards sustaining the national mission against narcotics & psychotropic substances". 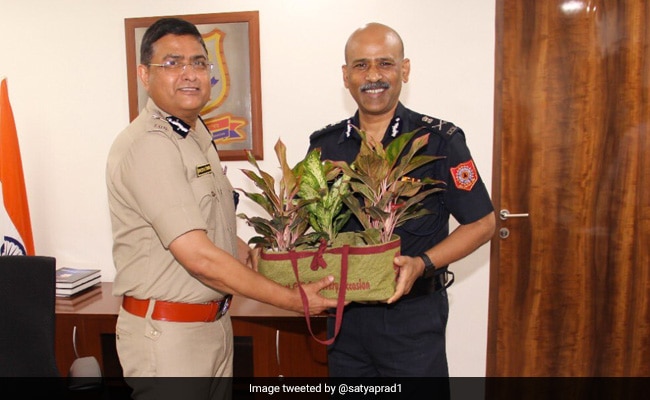 NDRF Director General SN Pradhan on Thursday took over the additional charge of the Narcotics Control Bureau (NCB) head from IPS officer Rakesh Asthana, who has been recently appointed as the Delhi Police Commissioner.

Sharing pictures on Twitter of him taking charge, Pradhan, a 1988-batch IPS officer from Jharkhand cadre, wrote, "Hope to do my bit towards sustaining the national mission against narcotics & psychotropic substances".

He is currently appointed as the DG of the National Disaster Response Force (NDRF).

An order issued by the Union Home Ministry for the NCB on Wednesday said Pradhan "shall hold additional charge of the post of DG, NCB vice shri Asthana (Rakesh) with immediate effect for a period of three months or till the appointment and joining of a regular incumbent or until further orders, whichever is earlier."

Asthana, a 1984-batch Indian Police Service officer, had been holding the additional charge of NCB DG since July, 2019.

The federal anti-narcotics agency, that functions as the apex national body on drugs and narcotics issues, had its last regular DG in IPS officer and current Odisha DGP Abhay who left the post on July 4, 2019.

Abhay was then appointed as the Director of the Hyderabad-based Sardar Vallabhbhai Patel National Police Academy.

Asthana was appointed the Delhi Police Commissioner On July 27 by the Union government.

In a related development, the Union government recently changed the appointment rules for the NCB DG as it has been "upgraded" from the pay matrix level-15 (Additional DG rank in the IPS) to the apex level of 16/17 (DG or DG equivalent rank in the IPS), effective from June 2.