Ram Nath Kovind will be welcomed at the airport by Gujarat Chief Minister Vijay Rupani, his deputy Nitin Patel. 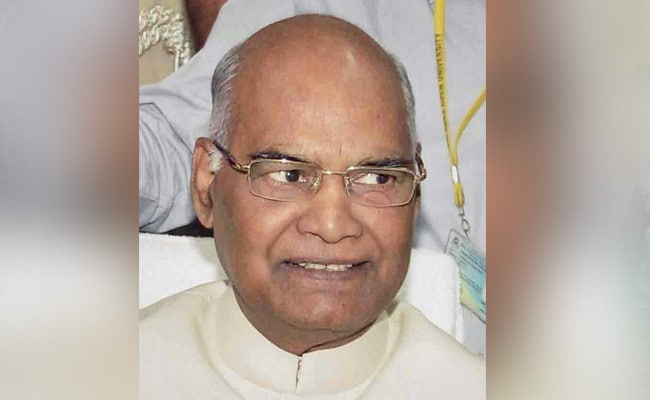 Though BJP president Amit Shah and the party's state in- charge Bhupendra Yadav were also scheduled to arrive here along with Mr Kovind, both have cancelled their visit as they have to attend a programme in Delhi, Gujarat BJP chief Jitu Vaghani said in a release on Friday.

On July 8, the state unit of the BJP had announced that Mr Kovind and Mr Shah would visit Gujarat on July 11.

However, the party postponed the visit following the terrorist attack on a bus in Jammu and Kashmir on July 10 in which seven pilgrims from Gujarat and Maharashtra were killed.

As per the release, Mr Kovind will be welcomed at the airport by Gujarat Chief Minister Vijay Rupani, his deputy Nitin Patel, several ministers and senior BJP leaders.

Mr Kovind will then head to Gandhinagar, where he will hold a meeting with BJP MP from Gujarat, state legislators and the party's BJP's core committee members regarding the upcoming presidential election.

Mr Gadkari and Mr Vijayvargiya will also be present during the meeting. All the three would leave for Delhi in the night, the release stated.

The opposition's presidential candidate and former Lok Sabha speaker Meira Kumar had launched her campaign from the Sabarmati Ashram on June 22.

Promoted
Listen to the latest songs, only on JioSaavn.com
The presidential election is scheduled for July 17 and the counting of votes will take place on July 20.