Navy Chief Admiral Sunil Lanba paid floral tributes to the Memorial of Indian soldiers in Haifa, Israel which was liberated by Indian Army's Mysore and Jodhpur Lancers on September 23, 1918 in a famous cavalry charge. 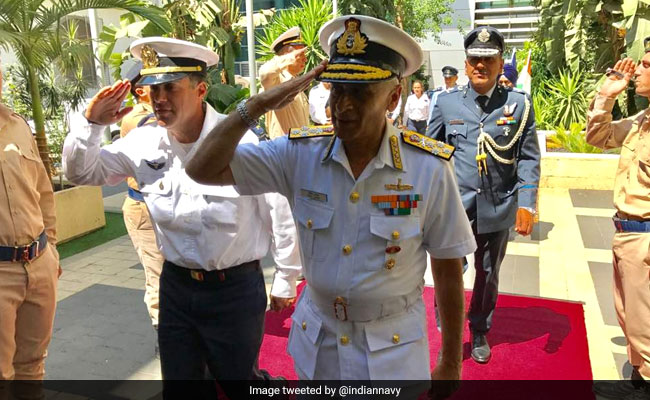 Jerusalem: Indian Navy Chief Admiral Sunil Lanba today paid floral tributes to the Memorial of Indian soldiers, many of whom are buried in the cemetery in Haifa, Israel.

Haifa was liberated by Indian Army's Mysore and Jodhpur Lancers on September 23, 1918 in a famous cavalry charge that is now to become a part of the city's history books to be taught at the schools.

The Indian Army commemorates September 23rd every year as Haifa Day, to pay its respects to the two brave Indian Cavalry Regiments that helped liberate the city following a dashing cavalry action by the 15th Imperial Service Cavalry Brigade.

The Indian Navy chief's visit comes close on the heels of two major defence contracts between India and Israel and just weeks ahead of Prime Minister Narendra Modi's visit to the Jewish state scheduled for July 4 to 6.

The much-awaited deal for Barak-8 air defence missile systems for the navy and procurement of Spike anti-tank missiles for the Indian Army are expected to be firmed up during the Prime Minister's visit.
Comments
Memorial of Indian soldiersNavy chiefIsrael