Much like Mahatma Gandhi, Sardar Vallabhbhai Patel emphasised the significance of non-violence in the fight against oppression and injustice. 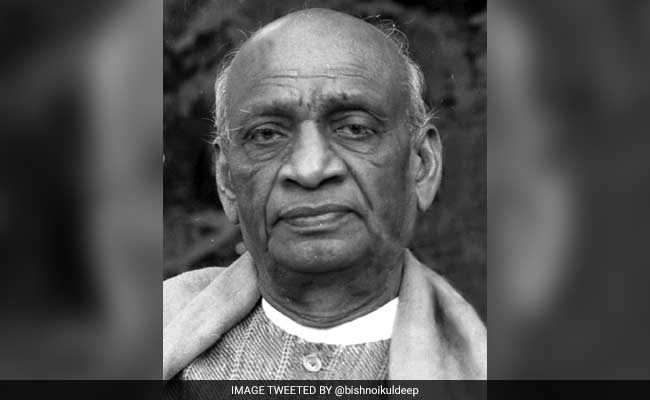 India celebrates National Unity Day on the birth anniversary of Sardar Vallabhbhai Patel. The “Iron Man of India” is credited with unifying the princely states into the Union of India after Independence from British rule in 1947. To honour his legacy, the government declared October 31 as the National Unity Day or the Rashtriya Ekta Diwas in 2014.

Much like Mahatma Gandhi, Sardar Patel emphasised the significance of non-violence in the fight against oppression and injustice. On the occasion of Vallabhbhai Patel's 146th birth anniversary, let's have look at some of the famous quotes by the man who personified statesmanship, unity and patriotism.

-- “There is something unique in this soil, which despite many obstacles has always remained the abode of great souls.”

-- “We have tried to overcome our weaknesses honestly and in a definite manner. The proof, if any proof is needed, is Hindu-Muslim unity.”

-- “Take to the path of dharma – the path of truth and justice. Don't misuse your valour. Remain united. March forward in all humility, but fully awake to the situation you face, demanding your rights and firmness.”

-- “No distinctions of caste and creed should hamper us. All are the sons and daughters of India. We should all love our country and build our destiny on mutual love and help.”

-- “A war based on Satyagraha is always of two kinds. One is the war we wage against injustice and the other we fight against our own weaknesses.”

--  “The war started by Mahatmaji is against two things – the Government and secondly against oneself. The former kind of war is closed, but the latter shall never cease. It is meant for self-purification.”

-- “The negligence of a few could easily send a ship to the bottom, but if it has the wholehearted co-operation of all on board; she could be safely brought to port.”

-- “Faith is of no evil in absence of strength. Faith and strength, both are essential to accomplish any great work."

-- “One can take the path of revolution but the revolution should not give a shock to the society. There is no place for violence in revolution.”