"Government Intervention Should Be Minimal": PM On Education Policy NEP

NEP-2020 is the first education policy of the 21st century which was announced after 34 years of the previous National Policy on Education in 1986, according to Prime Minister's Office. 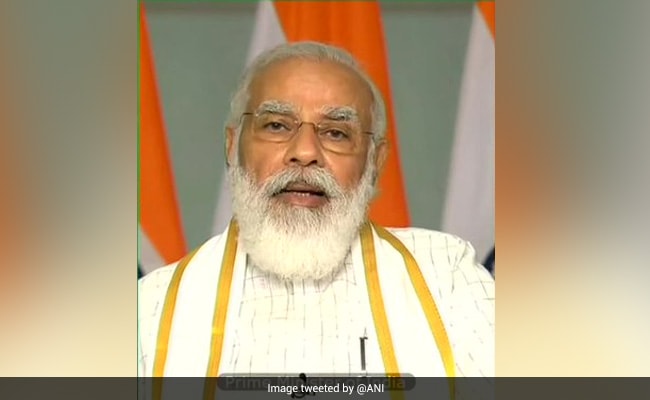 The government should have minimal intervention in the education policy which "belongs to everyone", Prime Minister Narendra Modi said today as he addressed the inaugural session of the Governors' Conference on the National Education Policy (NEP).

In the new education policy (NEP), first since 1986, the pressure on students for taking specific streams have been removed, he said.

The NEP, PM Modi said, focuses on "learning instead of studying" and is based on "critical thinking rather than curriculum" with a special focus on "passion, practicality, and performance".

The new policy will help tackle the issues of brain drain and help India become a "knowledge economy" in the 21st century, he told the conference, which was also attended by President Ram Nath Kovind, education ministers from states and union territories and vice chancellors besides governors.

New education policy paves way for opening campus of best international institutions in India so that youth from simple families can also join them, he said.

The policy will give a new shape and strength to India's push towards "'Aatmanirbhar Bharat"' (self-reliant India), he said.

"We are working to make India a knowledge economy. To tackle brain drain, the NEP has paved the way for opening campuses of best international institutions in the country to bring them within reach of youth from simple families," the Prime Minister said.

"It is our collective responsibility that the policy is implemented in letter and spirit. The more teachers, parents, students are associated with education policy, the more relevant and broadbased it will be," the PM added.

The conference titled 'Role of NEP-2020 in Transforming Higher Education' was organised by the Ministry of Education.

The NEP approved by the Union Cabinet in July replaces the 34-year-old National Policy on Education framed in 1986 and is aimed at paving the way for transformational reforms in school and higher education systems to make India a global knowledge superpower.