Naseeruddin Shah had played the role of a sinister Pakistani Intelligence agent in the 1999 Aamir Khan-starrer. 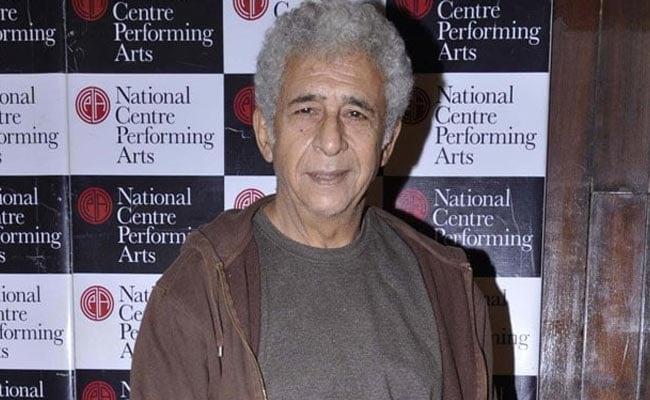 Naseeruddin Shah was referring to the Bulandshahr clashes between police and right-wing activists.

When veteran actor Naseeruddin Shah claimed that India has turned into a land where the cow is given more importance than a policeman, he did not know that it would give rise to a raging controversy. Some called him a traitor, another booked him a flight ticket to Karachi, and now, a BJP politician from Uttar Pradesh has rummaged through the actor's filmography to find a taunt that fits his "crime".

"Naseeruddin Shah is a good artist," said Uttar Pradesh BJP chief Mahendranath Pandey. "In one of his movies, he played the role of a Pakistani agent. I think he is growing into that character now."

The politician was referring to Sarfarosh, a 1999 Bollywood movie that had Mr Shah playing the role of a sinister Pakistani Intelligence agent who wants to spark a proxy war between the two countries. The veteran actor's performance had won him widespread critical acclaim.

The controversy reared its head during an interview with an NGO -- Karwan-e-Mohabbat -- on Monday, when the 68-year-old actor said that there are places in the country where the death of a cow is given more importance than that of a policeman. "There is complete impunity for those who take law into their own hands," he said, adding that he fears for his children.

The actor was referring to the killing of a police officer by a mob in Uttar Pradesh's Bulandshahr two weeks ago, after right-wing activists allegedly found carcasses of bovines near the venue of a Muslim function. The state government's response to his death was strangely subdued. Chief Minister Yogi Adityanath claimed that the officer's death was an accident, and instead ordered an overarching probe into the alleged cattle slaughter. Uttar Pradesh Inspector General Ram Kumar expressed a similar sentiment.

Mr Shah's remark spurred criticism from right-wing groups, with many asking him to leave the country if he was uncomfortable staying here. Amit Jani, president of the Navnirman Sena, even booked him a one-way ticket to Pakistan. "If Naseeruddin Shah is scared to stay in India, he should leave for Pakistan immediately. I have booked a ticket for him on an August 14 flight, so he can reach Pakistan on its Independence Day and leave India with one traitor less," he said.

Mr Shah has defended his remarks, maintaining that he spoke as a "worried Indian" who has every right to express concerns about the country he loves. "I have said this earlier as well. What did I say this time that I am being called a traitor? It is very strange," he told reporters at the St Anselm's School in Ajmer today.

Bengal Chief Minister Mamata Banerjee spoke in Mr Shah's support. "What he said is very significant. Even my Christian brothers will say the same thing. They have also been tortured in Jharkhand and other places," she said.