Naseeruddin Shah has frequently hit out at violence, intolerance and "open hate" in society (File)

The statement, signed people from different religions, backgrounds and professions, hits out at "self-appointed guardians of Indian Muslims... rationalising cold-blooded murder" and says "no god, gods, goddesses, prophets or saints may be invoked to justify the killing of fellow humans".

"We, the undersigned, unequivocally and unconditionally condemn the recent killings in France by two fanatics in the name of faith. We are deeply disturbed by the convoluted logic of some self-appointed guardians of Indian Muslims in rationalising cold-blooded murder and deplore the outrageous remarks of some heads of state," the statement said.

"Rationalising crimes by comparing them to similar crimes committed by others is an irrational and absurd argument, as two wrongs don't make a right. We reject any ifs and buts in the justification of heinous crimes in the name of religion, any religion. No god, gods, goddesses, prophets or saints may be invoked to justify the killing and/or terrorising of fellow human beings," it added.

The statement also calls on Muslims in France to "cancel celebrations of the birthday of the Prophet as a sign of mourning and solidarity with victims and loved ones". 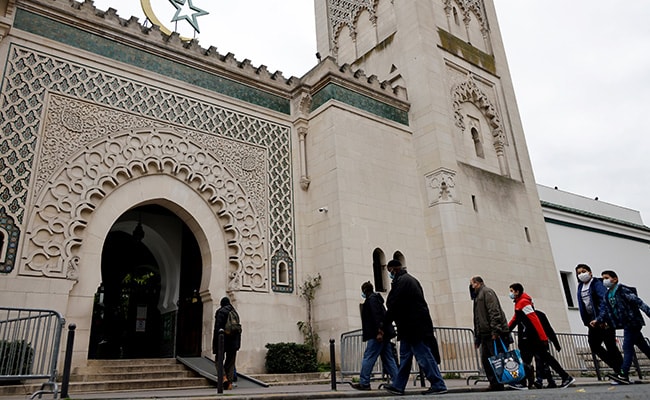 On Thursday a knife-wielding attacker reportedly shouted "Allahu Akbar" and killed three people at a church in the French city of Nice. Earlier a school teacher in Paris was beheaded in broad daylight after showing his students cartoons of Prophet Mohammad for a lesson on free speech.

It is unclear, at this stage, if the two attacks are connected, either to each other, or the controversy over the cartoons.

Mr Macron, who has come under personal attack for his defence of free speech and the cartoons, as well as calling Islam "a religion in crisis", has been backed by the Indian government and Prime Minister Narendra Modi, who said: "India stands with France in the fight against terrorism".

Caricatures of Mohammad are forbidden by Islam and such actions are regarded as blasphemy - an explosive issue in ultra-conservative Muslim-majority nations where anyone deemed to have committed such acts can face the death penalty.