ISRO Chandrayaan- 2: ISRO says "this is a passive instrument" which means it will not be powered but will be used by NASA to bounce lasers it points on this special equipment from Earth. 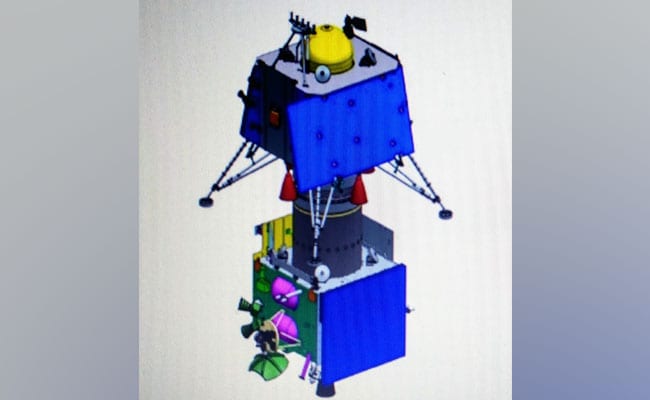 NASA will get a free ride to the Moon on-board India's second lunar mission Chandrayaan-2 that is expected to lift off in July. India has accommodated an instrument from American space agency NASA and the Indian Space Research Organisation (ISRO) will not charge any ticket for carrying the foreign instrument all the way to the Moon.

Dr K Sivan, Chairman of ISRO said, "We are not charging anything for this American instrument it is being flown on a friendly basis". Interestingly, India ignored and brushed aside threats by the chief of NASA to pull out after India's satellite killer test.

The National Aeronautics and Space Administration (NASA) has supplied a special 'Laser Retro Reflector' that India has placed on its Vikram Lander. This instrument is used to accurately measure the exact distance between the Earth and the Moon. ISRO hopes to land very close to the South Pole of the Moon which is an unchartered territory.

ISRO says "this is a passive instrument" which means it will not be powered but will be used by NASA to bounce lasers it points on this special equipment from Earth. Using this special mirror, American scientists on Earth can measure the exact distance between the location of the lander and Earth.

Specialists from NASA were carting and installing the instrument on India's second Moon shot when on March 29 this year the head of NASA James F Bridenstine threatened to stop all co-operation with India. This threat came in the wake of India conducting Mission Shakti on March 27, 2019 where in using a missile India destroyed its own satellite at about 300 kilometres above Earth. 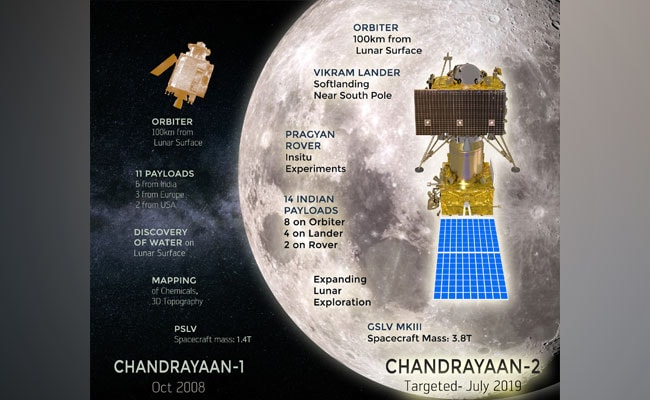 India's Chandrayaan-2 is 3.8 ton satellite with three components an orbiter, lander and rover

Mr Bridenstine had described India's anti-satellite weapons test as 'terrible-terrible' since according to him it created space debris that could threaten the astronauts inhabiting the International Space Station. Subsequently the NASA chief meekly withdrew his ominous threat after The White House intervened. Recently, the head of defence research in India, Dr G Satheesh Reddy confirmed that "the threat from space debris because of Mission Shakti had all but minimised since most debris would have dissipated by now".

India's Chandrayaan-2 is 3.8 ton satellite with three components an orbiter, lander and rover. There are 13 Indian scientific experiments or payloads that will be flown to the Moon on this Rs 800 crore mission. ISRO has announced that the mission will lift off between July 9-16, 2019 and preparations are on track for the Geosynchronous Satellite Launch Vehicle Mark III or GSLV Mk III also dubbed "The Bahubali" to successfully coast India's second mission to Moon.

Initially, the Chandrayaan-2 was to be a totally indigenous mission but in July 2018 NASA inched its way in to get this laser retro reflector accommodated on the lander. After much deliberation ISRO decided to accommodate it in September 2018.

India's first mission to the Moon Chandrayaan-1 was flown in 2008. It had also flown two NASA instruments to the Moon again free of cost. It was one of the American instruments which made the startling discovery of the presence of water molecules on the lunar surface, a finding that changed the geological history and understanding of the Moon.

The laser retro reflector has been flown several times to the Moon even during Apollo missions and most recently a similar instrument was carried on the Israeli Moon craft Beresheet that crash landed on the Moon on April 11, 2019. Mr Sivan says NASA wants to take statistically as many readings of the exact distance between the Earth and the Moon hence the instrument is being flown once again.