Najma Heptulla moved her voting constituency to the state capital, her current place of residence, from her constituency in New Delhi. 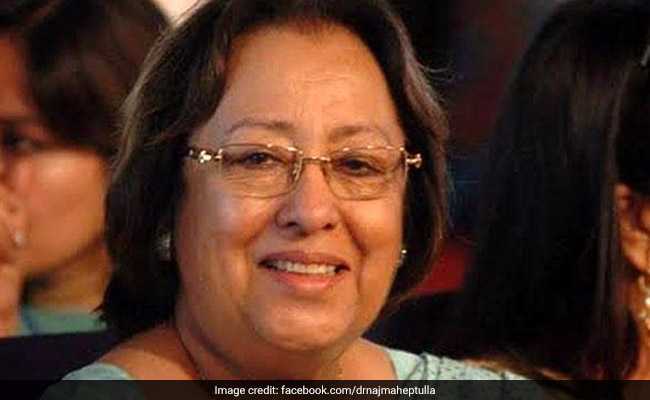 Najma Heptulla said all sections should vote for their representatives.

Manipur Governor Najma Heptulla becomes the first governor in the state to have her name included in the voters' list.

Ms Heptulla moved her voting constituency to the state capital, her current place of residence, from her constituency in New Delhi.

She is now enrolled in the Sagolband Assembly constituency which is within the Inner Manipur Parliament constituency.

There are two Lok Sabha constituencies in Manipur. The Outer Manipur constituency is reserved for the Scheduled Tribes in the state.

Election department officials formally handed over the voter card to her in a simple function at the Raj Bhavan.

She said: "I have been in Manipur for the last five years. That is why I decided to get enlisted here. Now I will be able to exercise my franchise in the forthcoming Lok Sabha elections.

She further said: "A large number of people from this state are at many parts of the country, either studying or working. They should also do the needful to cast their votes."

Ms Heptulla said that the right to franchise is very valuable and all sections should vote for their representatives.