For the BJP, a positive Nagaland election result will mean consolidating its position further in the north east. It has posted a spectacular win in Tripura on Saturday, uprooting the CPM after 25 years of rule and ending the 20-year run of the Left party's Manik Sarkar as chief minister. 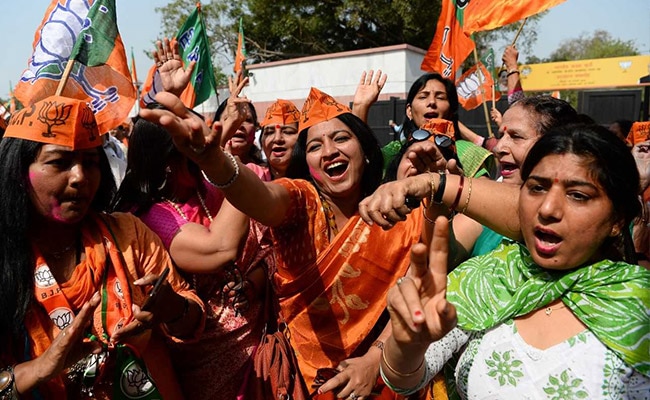 Dimapur: The BJP and its new partner Nationalist Democratic Progressive Party (NDPP) are set to form the government in Nagaland with the help of two other candidates who came forth with their support this evening.

In a photo finish, the BJP and the NDPP together won 29 seats in Nagaland, as did chief minister T R Zeliang's NPF, with neither side getting a majority. But Independent candidate Tongpang Ozukum and the Janata Dal (United) Nagaland decided to support the BJP, reported news agency ANI, taking their numbers to 31, the majority mark in the 60 member assembly.

While Mr Ozukum submitted his letter of support to the BJP in Kohima, the JDU (Nagaland) said, "We have decided to support the BJP in formation of a stable government in Nagaland."

As votes were being counted for assembly elections, senior BJP leader Ram Madhav had landed in Nagaland's Dimapur on Saturday afternoon and held meetings at the airport.

Mr Zeliang had said he would be happy to form a new government with old ally the BJP. He, however, ruled out any truck with the NDPP, the new party launched by his former party colleague and predecessor Neiphiu Rio, also a bitter rival.

"Election is election. Sometimes we get unexpected results. But we are confident we will get majority along with our allies. We are continuing our alliance (with the BJP), we have not parted at any point of time. I have two ministers in my cabinet from the BJP. Some leaders of the BJP are in touch with us. Don't know if NDPP will come back."

"We welcome the BJP if they want to be part of the government," Mr Zeilang had added, claiming that his party is in touch with BJP north east strategists Himanta Biswa Sarma and Kiren Rijiju.

Neiphiu Rio had scoffed at Mr Zeilang's attempts. "I find it amusing. The NPF had criticised the BJP over the issue of Naga traditions, etc. The BJP will have to decide who their real friends are," he said.

The BJP's relationship status in Nagaland is complicated. Ahead of the elections the party had announced that it would not have a pre-poll alliance with the NPF, but it continued to have two ministers in Mr Zeliang's government.

For its pre-election alliance it chose Neiphiu Rio's new party projecting him as presumptive chief minister; while the NDPP contested 40 seats, the BJP contested 20. The party won 11 seats, a huge gain over 2013, when it had won only one. The NDPP is a little ahead, winning 16 seats. The NPF won 26 seats.

"The massive support to the BJP and NDA in Nagaland is yet another testimony of unwavering trust among people of northeast in PM @narendramodi's good governance and his efforts to bring North-East into the mainstream of India's development, tweeted BJP chief Amit Shah.

Later, addressing a press conference, he said, "These elections are an omen for what to expect in the Karnataka and then upcoming national elections."

For the BJP, forming government in Nagaland will mean consolidating its position further in the north east. It has posted a big win in Tripura on Saturday, uprooting the CPM after 25 years of rule and ending the 20-year run of the Left party's Manik Sarkar as chief minister. In Meghalaya, the third north eastern state where votes were counted, a hung assembly means the BJP is in with a chance at forming government by tying up with regional parties. Having recently set up governments in Assam, Arunachal Pradesh and Manipur, the party's Mission North East is coming together.
Comments
Nagaland electionNagaland election results 2018