After a gap of a week, the daily COVID-19 case count has once again surged over 500 in Mumbai to 514, with 4 new deaths reported. 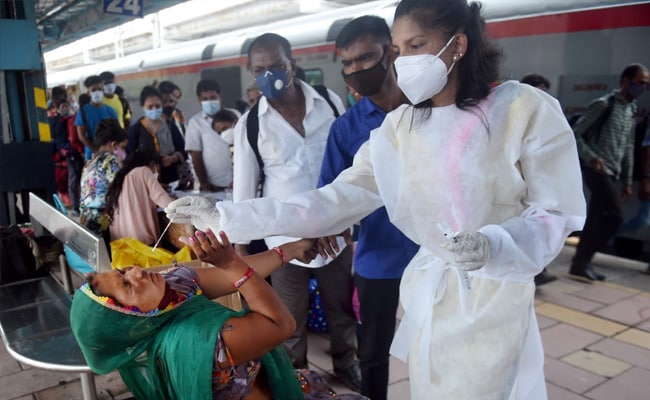 This is after a gap of a week that the daily COVID-19 case count has once again surged over 500 in the country's financial capital.

Earlier on September 8, the city had witnessed 530 new infections after more than 48,000 COVID-19 cases.

On Tuesday, Mumbai had reported 367 coronavirus infections, the fourth straight day of under-400 cases, and five deaths.

There are 4,026 active infection cases in Mumbai after 604 patients recovered and were discharged from hospitals during the day, taking the recovery count to 7,13,174.

A total of 37 buildings have been sealed in Mumbai to prevent the spread of the virus, although there is no containment zones in slums and chawls since mid-August. The Mumbai civic body seals buildings or declares containment zones, if at least five patients test positive for the infection at a time.

According to the Brihanmumbai Municipal Corporation, Mumbai's average recovery rate is at 97 per cent, while the average doubling rate has dipped to 1,277 days. The average growth rate of cases is 0.6 per cent for the period between September 8 and 14, the official said.

This year, Mumbai had reported the highest 11,163 daily cases on April 4, while the most number of deaths at 90 were recorded on May 1 during the second wave of the pandemic.