The chief public prosecutor opposed Samir Wankhede's request for interim protection from arrest, saying it was "premature" as the inquiry had just begun and no FIR had been registered yet. 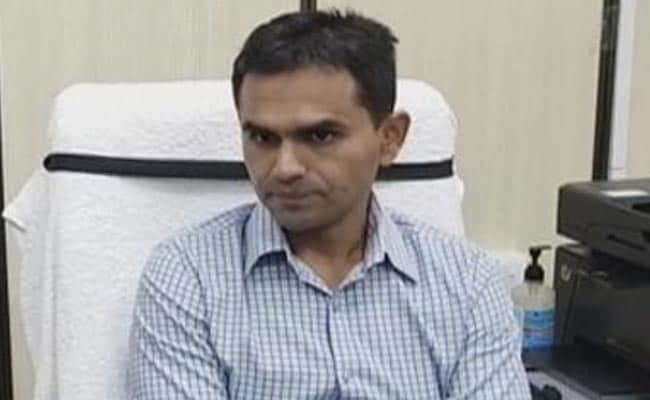 The petition said Sameer Wankhede was being subjected to "public vilification". (File)

Mumbai Police assured the Bombay High Court on Thursday that it will not arrest the Narcotics Control Bureau (NCB)'s zonal director Sameer Wankhede without giving him three days' notice after he moved the court seeking protection.

Mr Wankhede filed a petition and sought an urgent hearing, saying he feared arrest by police over allegations of extortion against him in the case related to alleged drug bust on a cruise ship involving actor Shah Rukh Khan's son Aryan khan.

His lawyer and senior advocate Atul Nanda mentioned the petition before a bench of Justices Nitin Jamdar and S V Kotwal, seeking interim protection from arrest.

Mr Wankhede was a senior officer of the Narcotics Control Bureau and not a "drug peddler", the lawyer said.

Besides a direction to police not to arrest him, the petition sought that the allegations against him be probed by an independent agency such as the Central Bureau of Investigation or National Investigating Agency.

Mr Wankhede feared that the Mumbai police's probe against him was likely to be biased and unfair, it said.

He was a "decorated officer" of the NCB who was being subjected to "public vilification" following Aryan Khan's arrest, the petition said.

"Ever since the said investigation (into Mr Khan's case) has commenced, the petitioner has been systematically been made the target of public vilification and private harassment by vested interests using the powerful medium of persons holding public office in the very government of the day," it said.

The police's probe against him was "occasioned due to a clear program by the Respondent State (Maharashtra government) to implicate the Petitioner in false cases," the petition alleged.

Mr Wankhede also challenged the Mumbai police's decision to set up a four-member team to investigate the allegations against him.

"Members of the ruling regime/government in the State of Maharashtra, including but not limited to a sitting minister have unleashed an open tirade against the petitioner...They have already pronounced a decision through television interviews, Twitter and other social media that the petitioner is guilty of offences of corruption...," the plea claimed.

Mr Malik in TV interviews made allegations against Mr Wankhede regarding the investigation of the Aryan Khan case, claimed that the raid on the cruise ship was fake, alleged extortion and questioned the officer's integrity, the petition said.

"So much so that the mobile number of the petitioner was intentionally flashed after which he started receiving many unwanted calls," it claimed.

Chief public prosecutor Aruna Pai, who appeared for the police, opposed the request for interim protection from arrest, saying it was "premature," as the inquiry had just begun and no FIR had been registered yet.

The high court asked if the police were willing to state that they will not arrest the NCB official.

Mr Pai took instructions from the police authorities and assured that "three working days' notice will be given (to Wankhede) before arrest by Mumbai Police."

The bench accepted the statement and disposed of the petition.

It also made it clear that it had not expressed any opinion on the merits of the case or allegations against Mr Wankhede.