Aparna Yadav said that during the COVID-19 pandemic, the party reached out to the people and provided them ration, cylinders and other items of need. 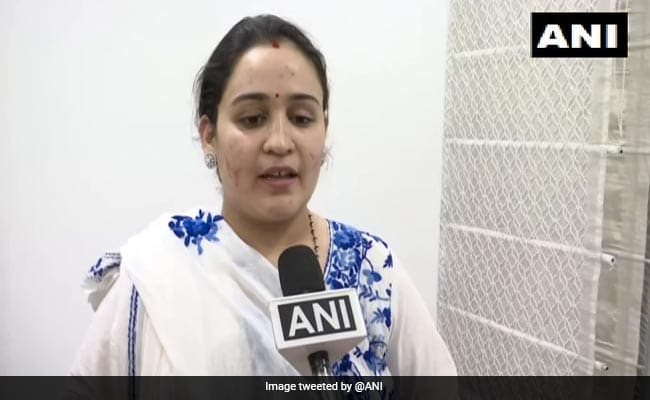 "The SP has worked (for the people)," said Aparna Yadav

Taking a dig at the BJP, Aparna Yadav on Sunday claimed her father-in-law, Samajwadi Party patriarch Mulayam Singh Yadav, built toilets for women but never got his photos clicked, unlike leaders of the current government.

She was addressing a meeting here.

"Netaji got toilets built for women and he was also the first to give gas cylinders to them, but never got his photographs clicked. However, the current government gets its pictures clicked. The SP has worked (for the people), hence, you should help in the formation of an SP government," said Aparna Yadav, who is the wife of Mulayam Singh's younger son Prateek Yadav.

She said the prices of petrol and diesel are rising, and "if they are not brought down, the public will undertake a cycle yatra. I will also take out a cycle yatra".

Hitting out at Amethi MP and Union minister Smriti Irani, without taking her name, she said, "Big things are being spoken about when it comes to Amethi but development is not visible here. The road, which I took, was full of potholes. Once the SP government is formed, the roads of Amethi will shine."

Aparna Yadav said that Samajwadi was synonymous with SP chief Akhilesh Yadav and added that he was also the reason for the withdrawal of farm laws.

She said that during the COVID-19 pandemic, the party reached out to the people and provided them ration, cylinders and other items of need.

In the 2017 UP Assembly elections, she lost to BJP's Rita Bahuguna Joshi from Lucknow Cantonment.