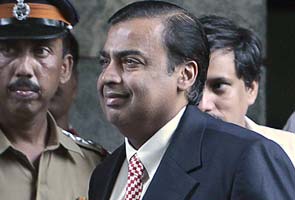 New Delhi: The Supreme Court today asked the Centre to explain why it has decided to provide state security to "a businessman in Mumbai." The judges did not name him, but it was clear they were referring to Mukesh Ambani, the richest man in the country, who was sanctioned  top-level security cover by the Home Ministry earlier this month.

"A five-year-old would not have been raped if there was proper security in the capital," they added, referring to a case that triggered four days of street protests after a child was kidnapped and raped in a room right below her family's apartment. The police had later admitted that it did not send search teams to the apartment building, and had offered her father Rs 2,000 as a bribe to keep quiet about his daughter's ordeal. She is still in hospital.

The move to provide full-time security from armed commandos to Mr Ambani was sanctioned by the Home Ministry two months after a letter threatening to harm  Mr Ambani was hand-delivered to his office in Mumbai, allegedly from the banned Indian Mujahideen militant group. He is footing the bill for the "Z category" top-grade security,   usually reserved for prominent political leaders.

Promoted
Listen to the latest songs, only on JioSaavn.com
The abundance of security for VIPs at the cost of the safety of the average Indian has been questioned repeatedly by the Supreme Court in recent months. Today, in an apparent reference to many politicians with criminal records, the judges asked "Why should persons facing criminal charges like rape and murder be provided security at state expense unless there are specific instances based on records of a  threat perception?"

The case will next be heard on July 9.
Comments
Mukesh Ambani