The bikers from Chhattisgarh were at a late night party in a Pachmarhi hotel where after an altercation, the bodyguard of one of the motorcyclists allegedly shot another. 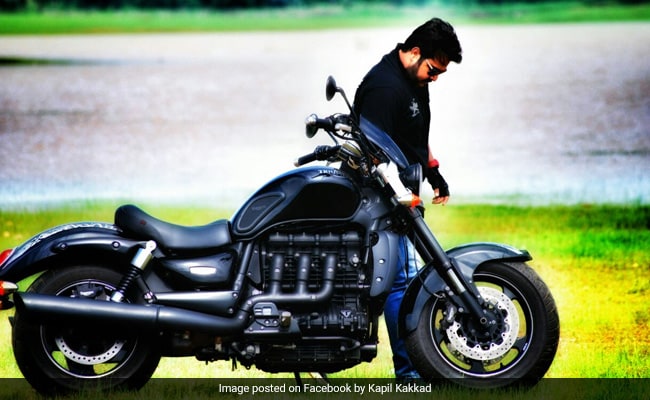 Kapil Kakkad, 38, was a businessman from Raipur who was a motorcyclist as well

A brawl between two motorcyclists led to the alleged shooting of one of them at a Madhya Pradesh tourist hotspot on Sunday.

The bikers from Chhattisgarh were at a late night party in a Pachmarhi hotel where after an altercation, the bodyguard of one of the motorcyclists allegedly shot another.

Kapil Kakkad, 38, a businessman from Raipur was allegedly shot dead by Dharmpal Singh, the private security guard of another high-end biker Honey Oberoi, who is from Durg.

The victim had allegedly told Honey Oberoi to ask his security guard to leave the party after which he was shot, police said.

Additional SP Ghanshyam Malviya said " As per investigation, Kapil Kakkad asked Honey Oberoi's bodyguard Dharampal Singh to go out of the party, which was solely meant for bikers. A noisy brawl between both bikers ensued over the matter and Honey's bodyguard too got involved in the violent altercation. The bodyguard subsequently fired from his licensed pistol on Kapil, which resulted in Kapil's instant death."

A case under Sections 302 (murder) and 34 (crime with a common intent) has been lodged against Oberoi and his bodyguard Dharampal Singh and the duo from Durg has been arrested.

Around 60-70 people were present at the party who are a part of a bikers club. They often travel on high-end motorcycles across the country.

The biker and his bodyguard have been taken into police custody and charged for murder. The gun used has also been seized.