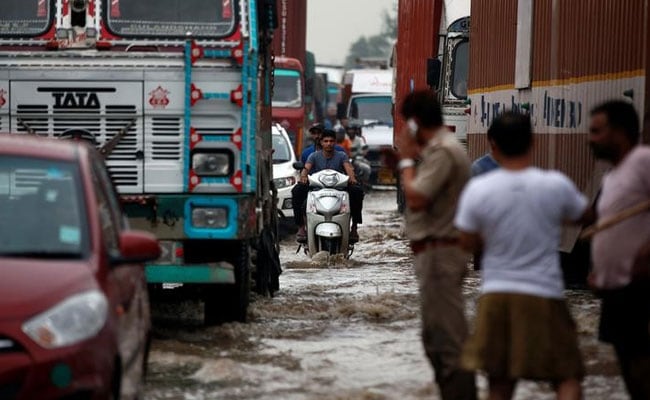 Vehicles wade through a waterlogged highway after heavy rains in Gurgaon on July 29, 2016.

Many commuters were stranded for up to 12 hours as traffic gridlock paralysed roads in the business hub of Gurugram near New Delhi.

"It took me four hours to drive 6 km (4 miles)," said Randeep Dev, a consultant at a private bank in New Delhi. "Our cities are a living hell in the monsoon."

Tracts of Bengaluru and Mumbai were inundated by flood waters and sewage swirled in the streets. 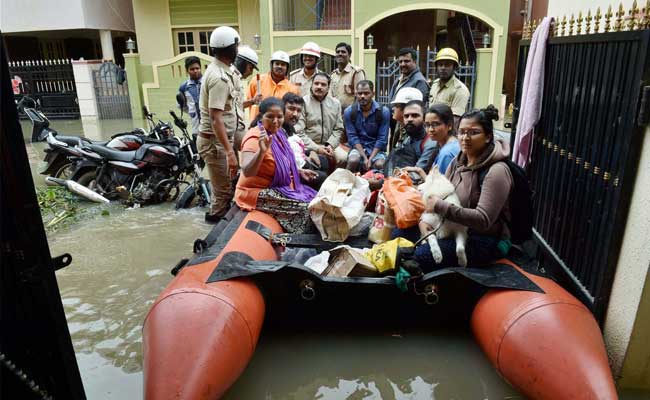 The fire department used boats to rescue people who were stranded in the rain waters in Bangaluru.

Forecasters warned of a new round of heavy rains and flooding, as the government opened shelters and stepped up emergency rescue operations.

In Assam, troops pressed boats and helicopters into the effort to pull hundreds of people to safety from floodwaters that had trapped them in their homes, senior military official Ajit Borah said. 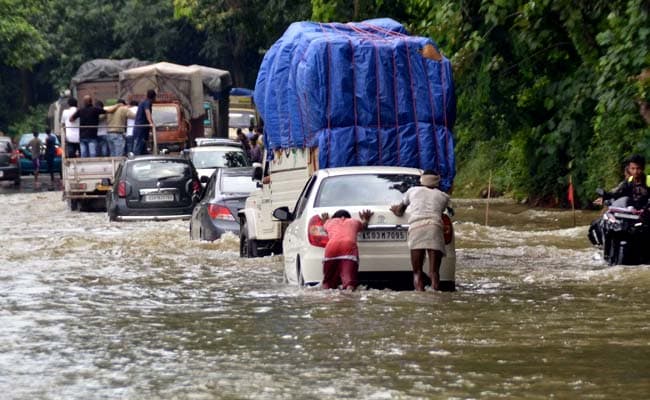 In the state's Kaziranga National Park, a sanctuary for the Indian one-horned rhinoceros, water levels were receding, four days after some of the young animals had to be rescued. Others floundered through the water or strayed across roads, in video images captured by people living nearby.
© Thomson Reuters 2016