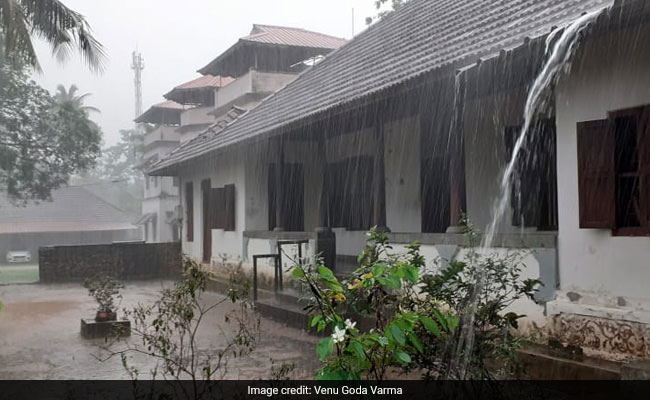 The southwest monsoon season, that replenishes the country's farm-dependent economy, first hits the southern tip of Kerala usually in the first week of June and retreats from Rajasthan by September.
The monsoon season from June to September accounts for 75 per cent of rainfall in the country. The weather office also said that the country is expected to see a "normal" monsoon this year, with the Long Period Average of monsoon at 96 to 104 per cent.

India defines average, or normal, rainfall as between 96 per cent and 104 per cent of a 50-year average or Long Period Average of 89 centimetres for the entire four-month season.

#Monsoon has arrived in Kerala, says IMD. Big relief from the heat, hope this monsoon season remains safe for all! pic.twitter.com/VFXf8pjgV9

On Saturday, private forecaster Skymet had declared the arrival of monsoon, but the India Meteorological Department had differed, saying conditions were not ripe then for such an announcement.

The weather office or the India Meteorological Department (IMD) declares the arrival of monsoon rains only after parameters measuring consistency of rainfall over a defined geography, intensity, cloudiness and wind speed are satisfied.

Due to a lack of adequate alternative source of irrigation, rural India is heavily dependent on a good monsoon season. Around 75 per cent of the rainfall is from the four-month monsoon season; a good season has a direct impact on the economy as agriculture remains a major contributor to the country's GDP (Gross Domestic Product).

Meanwhile, a low-pressure area developing over the Arabian sea is likely to intensify into a severe cyclone and cross the north Maharashtra and south Gujarat coasts on June 3, the Met department said. The cyclone will have an impact on state capital Mumbai when it crosses Maharashtra, it said.