Mizoram Helps Refugee Children From Myanmar Get Back To Learning

Around 400 children from Myanmar have been admitted to different schools across Mizoram, a minister had said. 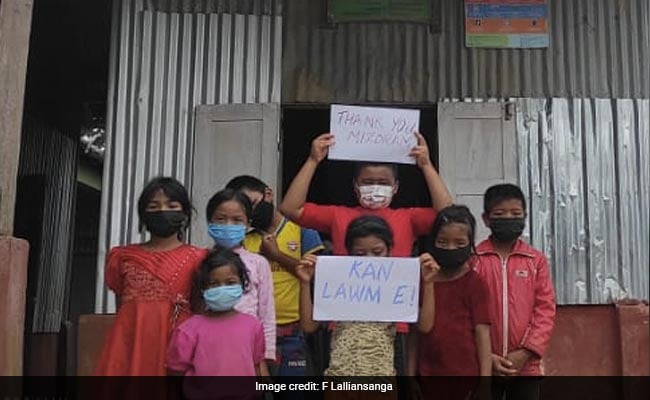 The Mizoram government has enrolled children of refugees from Myanmar, who have taken shelter in the northeastern state after feeling from the country following a military coup, into local schools across the state.

Since Myanmar's military coup in February, tens of thousands of Myanmar nationals have fled the country to escape the violent crackdown and taken refuge in the bordering states of India. Six Mizoram districts - Champhai, Siaha, Lawngtlai, Serchhip, Hnahthial and Saitual - share a 510 km long international border with Myanmar.

Around 400 children from Myanmar have been admitted to different schools across the state, a minister told news agency PTI earlier this month.

Photos of refugee children studying at a government-run primary school in Thingsai village of Hnahthial district in Mizoram were shared by local journalists recently. One of the photos showed the children holding placards saying "Thank You Mizoram" in English and Mizo languages. 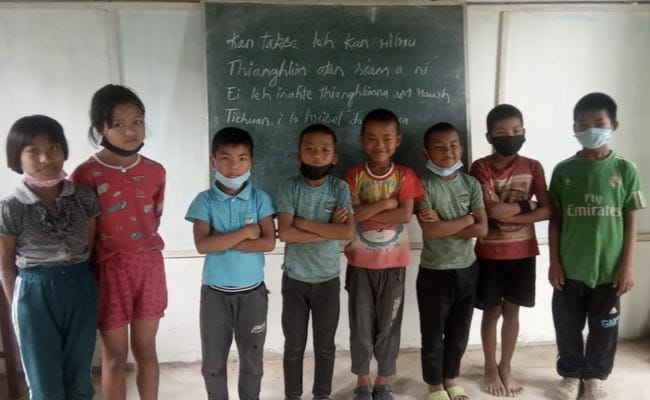 Myanmar refugees at a government school in Thingsai village of Hnahthial district in Mizoram.

The decision was taken under the Right of Children to Free and Compulsory Education Act, 2009. "Children aged between 6 and 14 years belonging to disadvantaged communities have the right to be admitted to school in a class appropriate to his or her age for completing elementary education," a circular sent to education officers reads.

The initiative was taken "purely on humanitarian ground", the minister had told news agency PTI.

"Around 400 children from Myanmar are currently receiving education in both government and private schools in different parts of Mizoram. Although they are yet to be granted a refugee status by the Centre, the government is providing education to them on humanitarian ground as the RTE Act does not discriminate against children on a nationality basis," Mr Ralte had said.

The education minister said arrangements will be made as per necessity and possibility in case the students face inconvenience and language problems in terms of medium of construction in the classrooms.

According to the officials of the Crime Investigation Department, which maintains the data of Myanmarese refugees, around 11,000 refugees, including about 20 legislators, have taken shelter in Mizoram's 11 districts since March this year.

Apart from aid extended by organisations and individuals, the refugees live on self-support, officials said.

According to reports, a fresh refugee influx occurred in Mizoram as the Burmese government-in-exile, the National Unity Government, called for a country-wide uprising last week and clashed with the soldiers who undertook massive operations against the resistance forces.

In March this year, Mizoram Chief Minister Zoramthanga urged the centre to review its order to four Myanmar-bordering northeastern states asking them to prevent illegal immigration from the neighbouring country and ensure expeditious deportation. He said the people of his state, who share ethnic ties with the refugees from Chin communities, cannot remain indifferent to the plight of Myanmar refugees.

The Mizo National Front chief, in a letter to Prime Minister Narendra Modi on March 18, had requested him to personally intervene in the matter to provide asylum to political refugees on humanitarian grounds.