The Mizoram government has also decided to keep the positive cases among the armed forces in a separate COVID care centre and not with the civilian patients, government sources said. 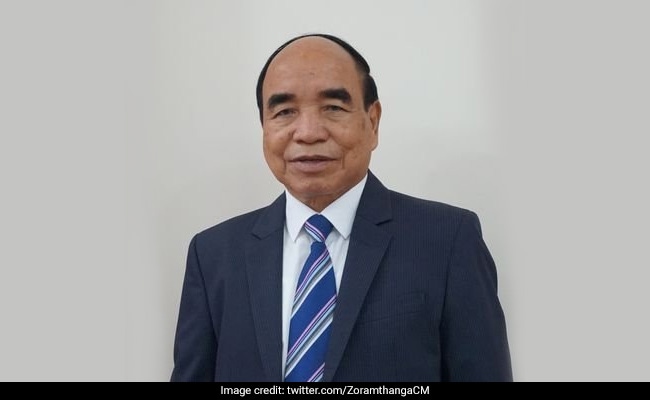 As of Tuesday, Mizoram has recorded 502 cases, the lowest in the country.

Mizoram Chief Minister Zoramthanga has written to Prime Minister Narendra Modi, requesting to withhold any movement of the armed forces into the state. The Chief Minister's request came after the finding that Central Armed Police Forces accounts for the 50 per cent COVID-19 cases in the frontier state.

The Mizoram government has also decided to keep the positive cases among the armed forces in a separate COVID care centre and not with the civilian patients, government sources said.

As of Tuesday, the state has recorded 502 cases, the lowest in the country.

"Considering the COVID-19 tally of the paramilitary forces, I am extremely perturbed about the propensity of the paramilitary forces turning out to be super-spreaders of COVID-19 in the State and therefore, I seek your kind intervention in issuing suitable orders to all paramilitary forces under the control and direction of the Ministry of Home Affairs to restrict the inter-state movement of their personnel, except for unavoidable national interest, death and medical emergency, so that our endeavour to contain the disease and save precious lives of our people is not in vain," Mr Zortamthanga mentioned in the letter, a copy of which, has also been sent to the Union Home Secretary.

Zoramthanga while lauding the people of Mizoram for being "amenable to discipline and control", accused the paramilitary forces of allegedly going about their deployments and leave sanctions, "as if it is business as usual."

"I have also been informed that incoming personnel have been freely roaming in public places, utilising public amenities such as banks, ATMs, market places, etc., which is causing civil unrest in the State. The State Government is now insisting that all incoming troops be quarantined under the watch of the State Government," Mr Zoramthanga suggested in his letter.

The hill state Mizoram shares borders with Bangladesh to its left and Myanmar to its right and has been found prone to inter-border criminal activities including narcotic transportation among other contraband.