Mission to Mars celebrated, but not by Seemandhra protestors at ISRO 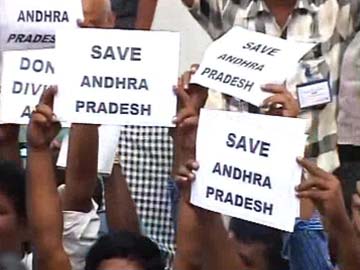 Sriharikota: There was much jubilation in the control room at the Sriharikota space port in Andhra Pradesh when India launched its mission to Mars this afternoon.

But a little after that, protestors barged into the venue of the press conference being held by K Radhakrishnan, Chairman of the Indian Space and Research Organisation (ISRO).

The demonstrators, who allegedly included some local journalists, shouted slogans against the decision to bifurcate the state of Andhra Pradesh, a process that's likely to be completed within six months, according to the Union government.

The two regions of Rayalaseema and Coastal Andhra - jointly referred to as Seemandhra -have been aggressively fighting the move to carve Telangana out as India's 29th state. People from Seemandhra have been demanding that the Union government rollback the plans to split Andhra Pradesh.

Both states will share the IT hub of Hyderabad as a capital city for the next 10 years, after which a new capital will be assigned to Andhra Pradesh.

India's 450-crore mission to Mars is pivoted on an unmanned probe with the satellite scheduled to start orbiting Mars by September, searching for methane and signs of life.

The country has never before attempted inter-planetary travel and more than half of all missions to Mars have ended in failure, including China's in 2011 and Japan's in 2003.
Comments
SriharikotaIndia Mars MissionIndian Mars MissionSeemandhraISROMangalyaan