Veena Sendre, who has worked with a non-governmental organisation and led a grassroots movement to push for gender equality, was the first to win the Miss Transqueen title in 2018. 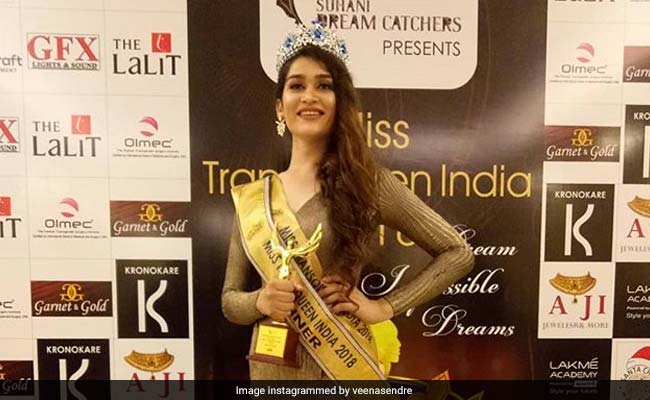 "When we say we are inclusive. We mean it. We welcome Veena Sendre to the Congress family and a proud tradition of public service," the party's official handle tweeted.

Veena Sendre, who has worked with a non-governmental organisation and led a grassroots movement to push for gender equality, was the first to win the Miss Transqueen title in 2018. She was earlier crowned Miss Chhattisgarh.

"Today Miss India Transgender Veena Sendre, expressing confidence in Congress's policies and ideology, has joined the party.  We welcome her to the Congress family. Veena is going to Bangkok to participate in an international competition.  She has made the whole state proud. Heartiest congratulations to her," the tweet roughly translated as. Ms Sendre belongs to a village in Raipur and has participated in several fashion shows including Lucknow and Bengaluru fashion weeks.

In December, the Congress put an end to a 15-year BJP rule in Chhattisgarh by winning 68 of the 90 seats in the assembly elections. Along with Chhattisgarh, Congress won assembly polls in Rajasthan and Madhya Pradesh too.

Earlier this year, the Congress had appointed transgender activist Apsara Reddy as a national general secretary of the party's women wing, the Mahila Congress, making her the 134-year-old party's first transgender officebearer.