The naming and shaming spilled over to journalists, so far mainly chroniclers of the #MeToo movement that began a year ago with allegations against Hollywood producer Harvey Weinstein. 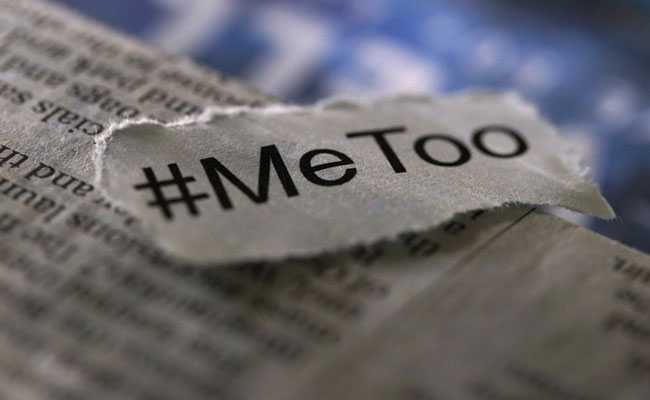 #MeToo movement has gained prominence over the past one year. (Representational)

India's media was thwacked by a stunning #MeToo moment that uncoiled in a Twitter thread on men who had misbehaved on a cruise liner in Australia. It began with ex-AIB comic Utsav Chakraborty being called out for sexual harassment after he derided the men who had partied on the cruise ship.

The naming and shaming spilled over to journalists, so far mainly chroniclers of the #MeToo movement that began a year ago with allegations against Hollywood producer Harvey Weinstein.

Many journalists were "outed" but NDTV will not name them until they respond to the allegations.

A female journalist wrote on condition of anonymity about an incident involving writer Kiran Nagarkar. She alleged that during an interview in his hotel room, he tried to get close to her and also forced a hug on her.

Mr Nagarkar rubbished the account and said: "I have my integrity. I am capable of no such thing."

Sandhya Menon, a freelance journalist, alleged harassment in 2005 and 2008 by an editor of the Times of India, which said the charge would be investigated by its committee against sexual harassment. "A highly empowered and accessible committee under this policy and under the law is in place to investigate and address all allegations of sexual harassment," said the media house in a statement, adding that the group was headed by a senior woman executive.

Anurag Verma, one of the men named in the thread, tweeted an apology after being accused of explicit conversations on snapchat and of asking women to "send nudes". One woman said he had sent a suggestive photo.

This is an apology to every single one, female or male I have made uncomfortable with my photos, videos, texts or tweets. @DabbaVader@lovehandle_@Dishasatra

He also claimed he had used the "send nudes" term very loosely. "For me, it was a meme back then but I didn't realise the damage I was doing by sending it to people," he posted.

Earlier on Friday, stand-up comic Utsav Chakraborty apologized after being accused by several women of sexual harassment. The YouTuber was associated with comedy collective AIB, which accepted in a statement that it had messed up by collaborating with him even after AIB co-founder Tanmay Bhatt received "specific, detailed allegations" in a "personal conversation".