A Navy team will dive into the mine again tomorrow with "sophisticated equipment", a senior NDRF official has said. 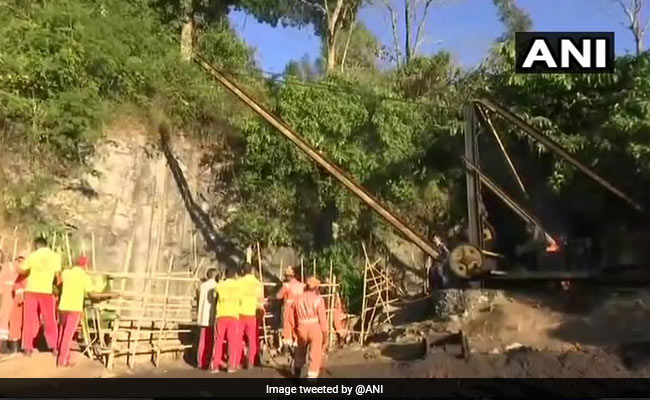 Meghalaya Mine Rescue Operation: Over two weeks have passed since 15 people were trapped in the mine.

The operation to rescue 15 people, trapped in a 320-foot-deep coal mine at Meghalaya's East Jaintia Hills, entered its eighteenth day today. Nearly 200 rescuers from various agencies were stationed at the site. The Odisha Fire Service team had brought 10 high-powered pumps with them to pump the water out. A team leader from the Indian Navy and NDRF personnel went inside a 370-foot-deep mine to ascertain the water level inside on Sunday afternoon, officials said. A senior NDRF official said that the divers came out of the mine as the depth of water was too much, news agency ANI reported. "They dived till around 70 feet down but still have not been able to reach the ground level," SK Singh, Asst Commandant NDRF, told ANI. A Navy team will dive into the mine again tomorrow with "sophisticated equipment", he added.

The miners have been trapped in the mine in the Ksan area of Lumthari village in Meghalaya's East Jaintia Hills district since December 13, after water from the nearby Lytein river gushed into it.

Here are the Highlights on Meghalaya rescue operation:

Dec 30, 2018 21:46 (IST)
A senior NDRF official said that the divers came out of the mine as the depth of water was too much, news agency ANI reported. "They dived till around 70 feet down but still have not been able to reach the ground level," SK Singh, Asst Commandant NDRF, told ANI. A Navy team will dive into the mine again tomorrow with "sophisticated equipment", he added.
Dec 30, 2018 21:35 (IST)
Latest visuals of operations underway to rescue the miners trapped in a mine in the East Jaintia Hills in Meghalaya. Dec 30, 2018 18:42 (IST)
A retired official of Coal India Ltd said that pumps to pull out the water from the mine have arrived at the site but generators have not. "After generators come, it'll take 5 days to pump out water," JS Gill told news agency ANI. Meanwhile, Navy divers have gone inside the mine. "Let's see what is recovered by them. If nothing is recovered, we'll pump out the water," Mr Gill added.
Dec 30, 2018 18:08 (IST)
A team leader from the Indian Navy and NDRF personnel went inside a 370-foot-deep mine, where 15 miners are trapped, to ascertain the water level inside on Sunday afternoon, officials said. The Navy wanted to ascertain the water level as their divers can operate up to 100 feet in a closed container-type situation, a district official said.
Dec 30, 2018 13:28 (IST)
NDRF launches its floatable boat inside the mine to help Navy.  Rescue and search operation stepped up.
Dec 30, 2018 13:28 (IST)
According to sources in Coal India, they are waiting for jungle to be cleared to continue survey works.
Dec 30, 2018 13:27 (IST) 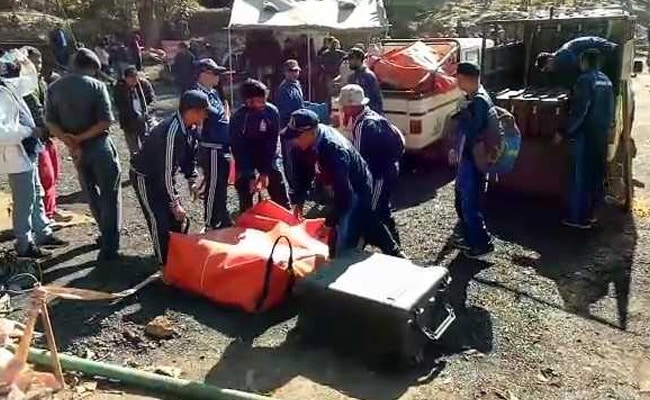 The miners started working inside the illegal mine on December 11. Two days later, water from Lytein river and an abandoned mine gushed in and flooded the coal mine trapping the 15 miners. The mine was filled with water till 70 feet.

Rescue operation begins. Over 100 personnel were pressed into action since to rescue the miners from the 320-feet deep mine.

Krip Chulet, one of the accused involved in illegal mining, was arrested.

The Meghalaya government on Monday sought the Union Home Ministry's help to rescue the miners.

Rescue operations resume but incessant rainfall made the road leading to the mine inaccessible. Police said the miners were feared dead.

The Meghalaya Human Rights Commission initiated an action against the state government and issued a notice for an enquiry into the incident.

No miner rescued by Day 8 of the operation. Chances of survival appear very slim.

Chief Minister Conrad K Sangma said that it will take 200 pumps to flush all the water out.

The Meghalaya government announced an interim relief of Rs. 1 lakh each to the families of the 15 miners.

The rescue operations were temporarily suspended. The exercise will resume once more powerful pumps are made available to district authorities, said district Deputy Commissioner.

Officials say the operation will need going deep into 70-feet water. Divers of the NDRF can only go up to 40 feet deep so, without the pumps to drain out water, it will be impossible to resume the rescue effort.

"15 miners have been struggling for air in a flooded coal mine for two weeks. Meanwhile, PM struts about on Bogibeel Bridge posing for cameras. His government refuses to organise high pressure pumps for the rescue. PM please save the miners," Mr Gandhi tweeted referring to PM Modi launching India's longest railroad bridge in neighbouring Assam.

Union Minister Kiren Rijiju retorted that it was the previous Congress government in the state that facilitated illegal mining.

Chief Minister Conrad Sangma said the state is in the process of acquiring these high-power pumps for the rescue operations.

"The situation right now is very difficult. Almost the entire river came into the mine. 12 lakh litres of water have been pumped out but the water level is rising," Mr Sangma told NDTV.

Experts say at least 10 pumps of 100 horsepower each will be required for the task.

The NDRF divers wait for the water level in the mine to fall from 70 feet to 40 feet, the level at which their divers can operate. A group of Indian Navy divers were being flown in from Visakhapatnam to join the operation.

Dec 30, 2018 11:00 (IST)
No Way Trapped Meghalaya Miners Will Come Out Alive, Says Survivor
Recounting the December 13 nightmare, Sahib Ali, one of the five men who narrowly escaped the flooding coal mine said,"all men started work early at about 5 am. By about 7 am, the entire mine was full of water." 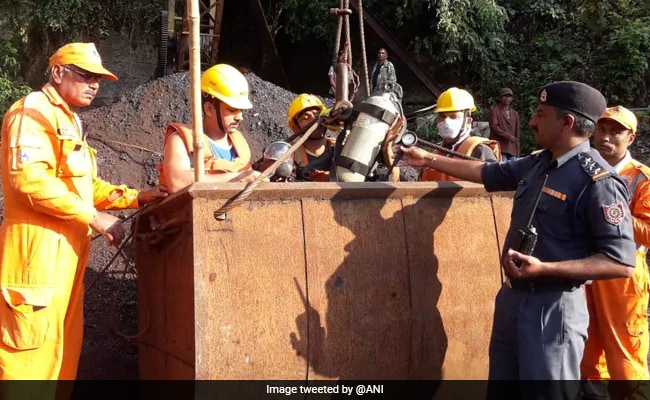 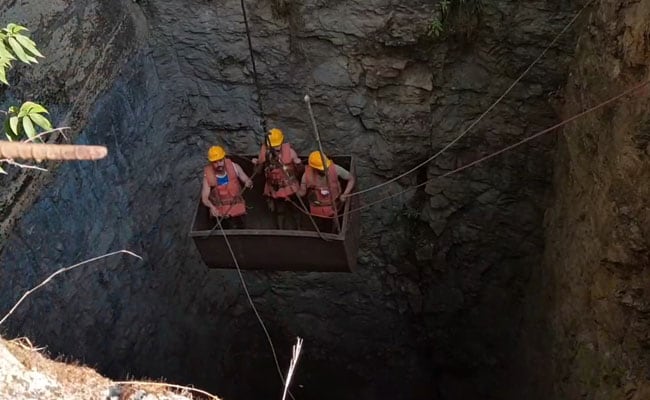