"Nothing Against Secularism": Meghalaya Judge On "Hindu Country" Comment 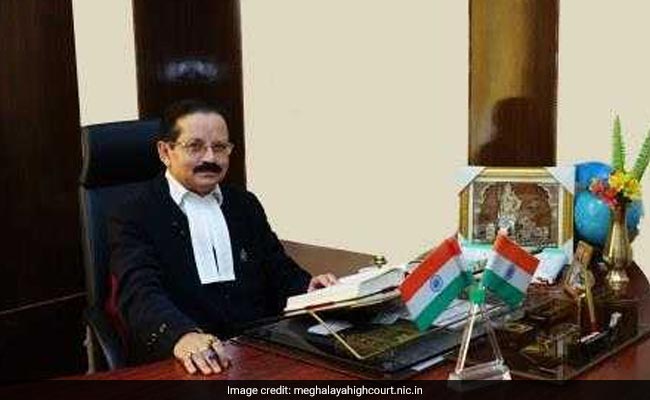 Justice Sudip Ranjan Sen had said that "India should have become a Hindu country after Partition".

After sparking a major row with his "Hindu country" remark in a judgement, Meghalaya High Court Judge Sudip Ranjan Sen has clarified that his order wasn't influenced by any political ideology.

Justice Sen had on Wednesday said that "India should have become a Hindu country after Partition". He was hearing a petition by an Army recruit who was refused a domicile certificate by the Meghalaya government.

"I make it clear that nobody should try to make India as another Islamic country, otherwise it will be a doomsday for India and the world," the judge had said in his order.

Several top lawyers, retired judges and political parties had condemned his comment and even sought his impeachment.

The Communist Party of India-Marxist said that "Justice Sen reflects his political faith akin to RSS ideology of Hindu Rashtra". The RSS or Rashtriya Swayamsevak Sangh is the ideological mentor of the ruling BJP at the centre.

"India is a secular and plural country and it will never become Islamic state," Hyderabad lawmaker Asaduddin Owaisi said.

In his clarification posted on the official website of the Meghalaya High Court, Justice Sen wrote, "I do not belong to any political party nor have I got any dream to get any political berth after my retirement and neither is my judgment politically motivated or influenced by any party."

"Secularism is one of the basic structures of our Indian Constitution. It should not further be divided on the basis of religion, caste, creed, community or language... I would also like to clarify here that in my judgment nowhere I have said anything against secularism and my judgment makes references to the history and one cannot change the history," he wrote.

The CPI(M) also alleged that his views will increase discord in the region and that Justice Sen has "lost his moral right to continue in the office as a judge in a High Court".

"Whatever is the truth, history and real ground reality, on that basis I have written my judgement to save the citizens of India irrespective of caste, creed, religion or language and people should understand the history of India and live in peace and harmony," Justice Sen said in his defence and stressed his judgement was not outside the ambit of the constitution.