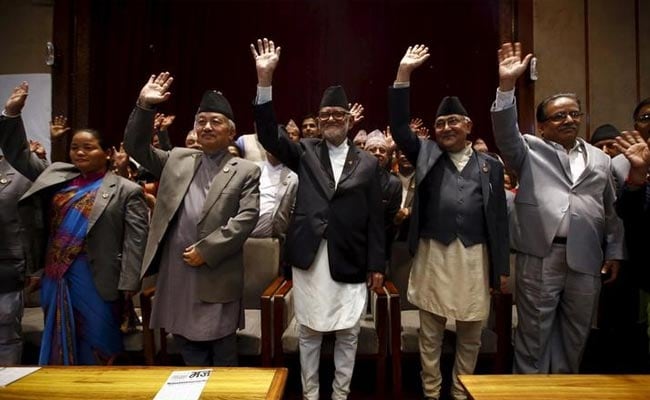 KATHMANDU: Nepal adopts its first full democratic charter on Sunday, a historic step for a nation that has witnessed war, a palace massacre and devastating earthquakes since a campaign to create a modern state began more than 65 years ago.

Here are some facts about the constitution:

The constitution defines Nepal as a secular country, despite widespread protests for it to be declared a Hindu state.

A clause stating "Religious and cultural freedom, with the protection of religion and culture practiced since ancient times" has angered some people who say it favours Hinduism.

Proselytising remains illegal, reflecting fears of growing numbers of low-caste and other marginalized groups converting to Christianity.
Rights to citizenship were hotly debated during the drafting and critics say the constitution discriminates against women in terms of passing on citizenship.

The constitution is the first in Asia to specifically protect the rights of lesbian, gay, bisexual and transgender communities. The state and the judiciary are prohibited from discriminating against sexual and gender minorities.

The rhododendron is the national flower, and the cow remains the national animal after seeing off a charge from several lawmakers proposing the one-horned rhino.

Sri Lanka Runs Out Of Fuel, Only Essential Services To Operate Till July 10