The operation to rescue 15 men from a Meghalaya coal mine as not succeeded so far as the water level in the flooded mine in the East Jaintia Hills district has not receded.

Meghalaya mine: Rescue teams have been waiting for 100-horsepower pumps to drain out water.

Attempts to rescue at least 15 miners trapped since December 13 in a flooded "rat-hole" mine in Meghalaya have stopped because of the lack of equipment, mainly pumps to drain out water so divers can go in. The challenging rescue at the illegal mine has taken a political turn with Congress president Rahul Gandhi tweeting for Prime Minister Narendra Modi's attention.

"15 miners have been struggling for air in a flooded coal mine for two weeks. Meanwhile, PM struts about on Bogibeel Bridge posing for cameras. His government refuses to organise high pressure pumps for the rescue. PM please save the miners," Rahul Gandhi tweeted, referring to PM Modi launching India's longest railroad bridge in neighbouring Assam on Tuesday.

For more than a week, rescue workers have been waiting for ten 100-horsepower pumps to drain out water that keeps flooding the mine in the East Jaintia Hills. "Those pumps are not available with the Meghalaya government,"  officials told NDTV. 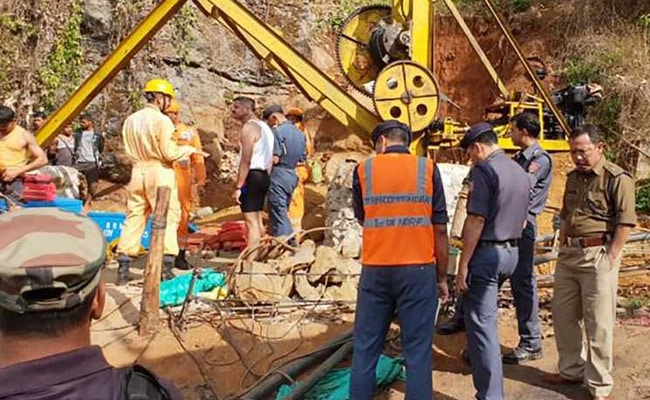 Two 25-horsepower pumps used in the flooded illegal mine turned out to be ineffective.

"We have not found anyone, dead or alive, so we are waiting for support from the state government to carry on the rescue operation," said SK Sastri, a top officer of the National Disaster Response Force, which has been waiting to resume the rescue operation for days.

The operation will need going deep into 70-feet water. Divers of the NDRF can only go up to 40 feet deep, officials explained. And so, without the pumps to drain out water, it will be impossible to resume the rescue effort.

Water is seeping into the mine from two sources, the river nearby and another abandoned mine in the area. 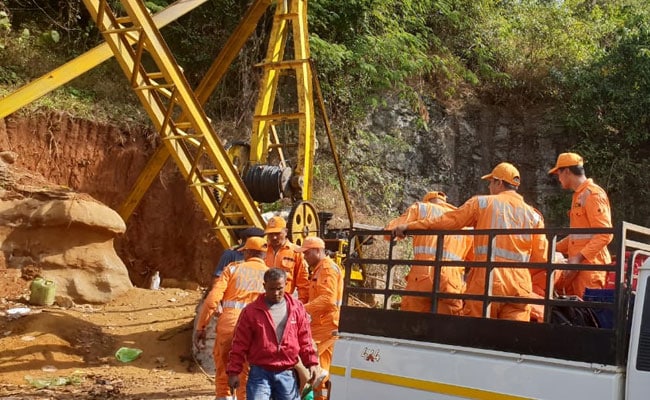 The National Green Tribunal banned coal mining in Meghalaya 2014 after environmental activists complained it was responsible for severe water pollution.

A miner who survived the flooding told reporters five men escaped as water burst into the pit.

"I was about five feet away from the ground that morning and on my way up, when I suddenly felt a lot of air and then saw water," the 21-year-old said.