Meghalaya Assembly Election Results 2018: All You Need To Know

Meghalaya Election Result 2018 will be declared on March 3, 2018. The tenure of Meghalaya Legislative Assembly ends on March 6, 2018. 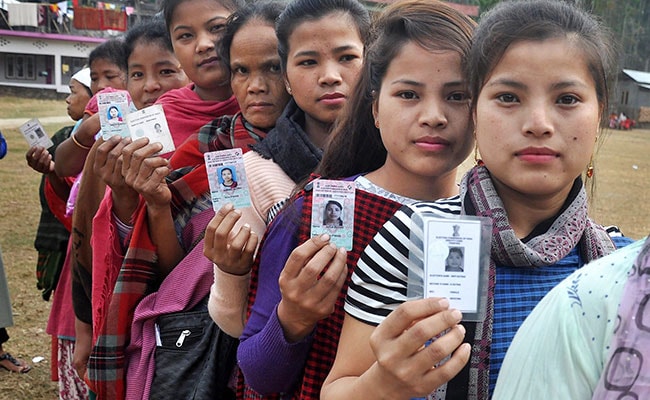 Meghalaya Assembly Election 2018 was held on February 27 for 59 of 60 assembly seats. The scheduled election in Williamnagar constituency has been delayed to an undeclared date following the death of Nationalist Congress Party candidate Jonathone Sangma in an Improvised Explosive Device (IED) blast in East Garo Hills district on February 18. In Meghalaya, the face-off is between incumbent Chief Minister Mukul Sangma of the Congress and National People's Party (NPP) aspirant Conrad Sangma whose siblings Agatha and James Sangma are also in the poll fray. Some of the other heavyweights in Meghalaya elections are Congress' Salseng C Marak who was also the former chief minister of the state, People's Democratic Front's (PDF) chief ministerial candidate Pynshngainlang N Syiem, United Democratic Party's (UDP) party president Donkupar Roy. Counting of votes for Assembly Elections in Meghalaya is underway. Trends shows the ruling Congress party ahead in the state followed by National People's Party.

Meghalaya comprises of 60 assembly constituencies. A total of 55 constituencies are reserved for Scheduled Tribes and the remaining are for the general candidates. In total, 370 candidates contested the Meghalaya Assembly Election 2018. Of these, 338 are men and 32 are women.