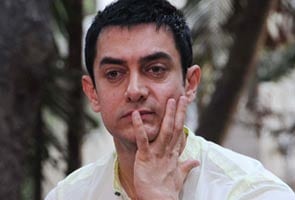 New Delhi: An umbrella of 21 medical institutions including the Indian Medical Association (IMA) has demanded an apology from actor Aamir Khan for insulting the profession on his new talk show Satyamev Jayate. The doctors have warned in case an immediate apology is not issued, they will ask people to boycott the actor's movies and his debut TV show, which has notched up record TRPs so far.

The fourth episode of the talk show focussed on the malpractices in medical treatment, besides highlighting corruption, insensitivity and rampant malpractices.

"The way it was anchored by Aamir Khan, the show was sensationalised. They have given a one-sided story by defaming the doctors.... The way things were put forward for the public is objectionable to us," Dr DR Rai, Honorary Secretary, Indian Medical Association told NDTV.

Promoted
Listen to the latest songs, only on JioSaavn.com
The doctors say that through the show actor has sent a wrong message to the society, which could eventually harm the patient-doctor relationship.