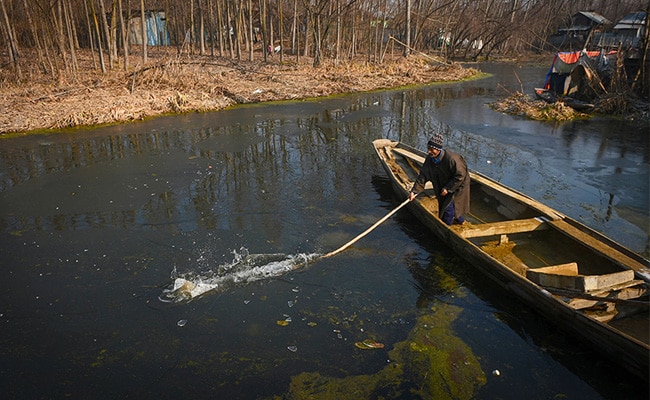 The Srinagar administration has begun a large-scale anti-encroachment drive in and around the Khushal Sar Lake in the older parts of the city. The drive began Saturday with the removal of 25 structures and compounds and the subsequent retrieval of more than 30 kanals (approximately 3.75 acres) of lake area. According to officials this significant - and overdue - step followed extensive preparations over the past few months, including inspections, verification and notices to squatters and encroachers.

The drive will continue till the more than 300 structures that have been identified are removed and those areas of the lake are reclaimed, Deputy Commissioner Shahid Iqbal Choudhary was quoted as saying by news agency PTI, urging people to report all cases of land-grabbing and illegal constructions on public or government land and water-bodies.

The first notice was issued following Mr Choudhary's visit to the area in May, around the time the country was voting in the Lok Sabha election. The final one was served last month

Some of the identified encroachments include 80 still-occupied, illegally-built houses - details of these were compiled by the district revenue department last year - and 220 in the form of fenced landholdings, plinths and sheds, as also under-construction structures.

The administration had appealed to squatters to self-demolish their structures and leave, threatening them strict criminal proceedings, as per law, if they obstructed the process.

Saturday's action against encroachments included two of these residential structures.

According to news agency IANS, the District Magistrate has also ordered a probe into illegal power connections and the possible involvement of officials in setting up these connections.

Khushal Sar Lake was once a vast and thriving water body and a source of livelihood for Zmany. Today, however, the lake is in a sorry state with widespread encroachments, illegal construction and landfills.