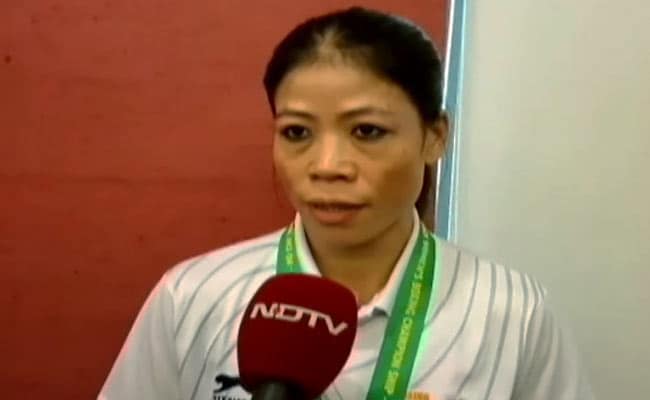 New Delhi: A non-profit group run by Olympian and Rajya Sabha member Mary Kom is among 42 organisations which are under investigation for allegedly violating foreign contribution rules, the government said in parliament on Tuesday.

Others including Rajiv Gandhi Charitable Trust and industry body Nasscom are also under investigation by the Home Ministry for alleged violation of the provisions of the Foreign Contribution Regulation Act or FCRA, the government said.

The FCRA regulates foreign funds given to groups such as NGOs and institutes.

In a written reply, Minister of State for Home Kiren Rijiju said Mary Kom's Regional Boxing Foundation and 20 other NGOs have been "served standard questionnaire in receipt of foreign contribution".

Bengaluru-based research group Centre for Internet Society, which last year said 13 crore Aadhaar numbers had been leaked, has been served a notice by the Home Ministry for allegedly violating foreign funding laws.

Many charities say the FCRA is an opaque law and preventing them accessing overseas funds is a move to quell government criticism.

The minister said these non-profit groups have got foreign funds and investigations were started by the Home Ministry under the FCRA 2010.

Mary Kom, a 2012 London Olympics bronze medallist from Manipur, and her husband K Onler had registered the NGO as a charitable trust in 2006 to promote boxing.

Rajiv Gandhi Charitable Trust was set up in 2002; Nasscom is an industry association for India's information technology and business process outsourcing or BPO sector.