Officials had earlier claimed that there has been an outbreak of coronavirus infection in Maoist camps. 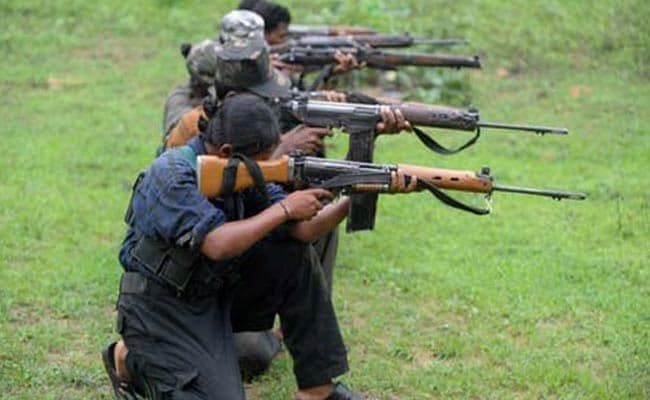 The process of their formal surrender will take place once they recover, police said. (Representational)

An ailing Maoist couple who approached the security forces seeking medical help in Chhattisgarh's Kanker district have tested positive for coronavirus, the police said on Thursday.

Officials had earlier claimed that there has been an outbreak of coronavirus infection in Maoist camps.

"Arjun Tatti and his wife Laxmi Padda, who were active in the Medki Local Organisation Squad of Maoists, contacted security personnel at Kamdeta BSF camp on Wednesday saying they were ill and need help," Inspector General of Police (Bastar range) Sundarraj P said.

Both tested positive for coronavirus and were admitted to a COVID-19 hospital in Kanker for treatment, he said.

The process of their formal surrender will take place once they recover, he added.

"We have been getting reliable inputs about the death of more than ten Maoists in the southern part of Sukma and Bijapur districts. Many others are reported to be seriously ill," Sundarraj said.

"We aren't very sure about the cause of these sudden deaths, but ground reports suggest it could be coronavirus infection," he added.

Deployment of security personnel on the interstate and inter-district borders in Bastar has cut off the Maoists' supply chains and they are unable to get medicines, the official said.

He appealed sick Maoists to surrender and get treatment at government hospitals.

Dantewada Superintendent of Police Abhishek Pallava had on Tuesday claimed that Maoists performed last rites of 10 cadres who reportedly died of COVID-19 or food poisoning on the border between Sukma and Bijapur on Monday night.

Senior leaders of the Central Regional Company of Maoists were also reported to be suffering from coronavirus infection, he said.