"Many In BJP Felt Nitish Kumar Was A Burden In 2020": Minister RK Singh

Nitish Kumar was a burden on the BJP even before the 2020 assembly elections and there were "voices" that advised the leadership to dump him, said RK Singh 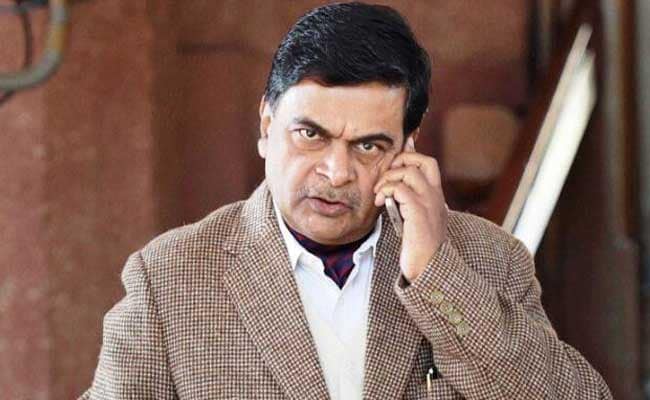 Union minister RK Singh said, "It is an excuse that the BJP is trying to break Nitish Kumar's party".

Nitish Kumar broke the alliance with the BJP because "Someone told him that he is PM material and that went to his head," Union power minister RK Singh told NDTV this evening, hitting back at the Bihar Chief Minister who threw a challenge at Prime Minister Narendra Modi while taking oath at the head of another Grand Alliance today.

"He (Nitish Kumar) should have realised that he heads a party that has 40-odd seats in a house of 243 and one that has no presence outside Bihar. So how can he dream of being the Prime Ministerial candidate? This just shows the absolute lack of leadership in the opposition," Mr Singh told NDTV in an exclusive interview.

Mr Kumar, who had been reticent about speaking to the media for the better part of the last two years, had been expansive today. "He (Prime Minister Narendra Modi) won in 2014, but will he in 2024?" he had said in his address after taking oath, infuriating the upper echelons of the BJP, who hit back in unison.

Sushil Modi, who spent more than a decade as the deputy of Nitish Kumar, had slammed him for his exit from the alliance, declaring that the "BJP trying to split the Janata Dal United" was just an excuse.

"It is an excuse that the BJP is trying to break his party," Mr Singh, too, told NDTV, dubbing the erstwhile ally's brand of politics "Politics without principles, politics only for power". Asked why in that case, the BJP allied with him in 2017, Mr Singh said even then, the leadership was advised to stay away but decided otherwise.

Mr Kumar was a burden on the BJP and before the 2020 assembly elections, there were "voices" that advised the leadership to dump him, said the Member of Parliament from Bihar. He admitted that he was among the voices that had advised the party to go it alone.

Mr Kumar's party has attributed the lacklustre show to the "Chirag module" -- alleging that the BJP deployed Chirag Paswan, the son of Ram Vilas Paswan and the leader of the Lok Janshakti Party, to "cut votes". Chirag Paswan's LJP had  contested from most seats against Mr Kumar's Janata Dal United and the split in votes had ended up helping the BJP..

Mr Kumar had walked out of the alliance yesterday in what has been described as a bloodless coup and formed government a day later with Tejashwi Yadav's Rashtriya Janata Dal, Congress and several other parties.